Home Entertainment What happened to the Grand Inquisitor? 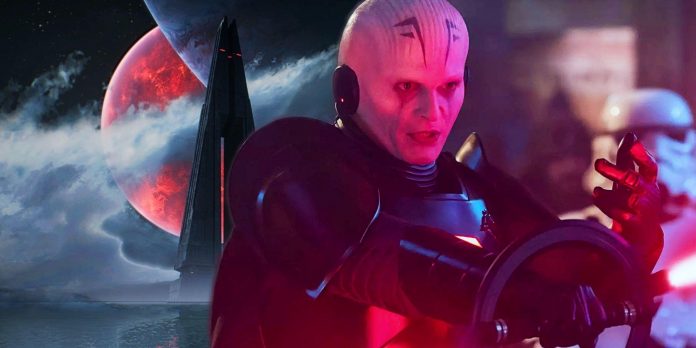 Obi-Wan Kenobi, episode 5, reveals that the Grand Inquisitor is still alive, but what happened to him? Given the great importance of the Grand Inquisitor’s presence in Star Wars, his apparent death in the 2nd episode of Obi-Wan Kenobi was pretty much guaranteed, and the only thing the series needed to do was explain how it happened. This explanation has finally been revealed, and it makes sense in the established knowledge of the franchise.

One of the most important topics discussed in the second episode of Obi-Wan Kenobi was that Reva apparently killed the Grand Inquisitor. Not only did the show apparently kill someone who was advertised as the main character, but it also said that the character appeared in stories that chronologically took place after Disney+’s Obi-Wan Kenobi, so for all intents and purposes his survival had to be guaranteed. Although it was assumed that he would somehow return, discussions began about the possibility that the Star Wars franchise would completely reconsider his future appearances.

How is the Grand Inquisitor still alive in Obi-Wan Kenobi?

When the Grand Inquisitor opens up to Reva, he tells her that revenge “works wonders with the will to live,” which implies that his hatred of Reva allowed him to survive a mortal wound. The fact that the Grand Inquisitor can survive in this way makes sense if you take into account Darth Maul, since “Star Wars: Clone Wars” showed that Maul survived his apparent death in “Star Wars: Episode I: The Phantom Menace” due to his huge hatred of Obi-Wan. With both examples in mind, it becomes clear that the strong emotions that can prevent fatal wounds are the power provided by the Dark Side of the Force — an ability that the Grand Inquisitor makes full use of in the shadows during Obi—Wan Kenobi’s time.

Do you want more articles about Obi-Wan Kenobi? Check out our main content below…

Obi-Wan Kenobi’s Cast Guide: Every New and Returning Star Wars CharacterWhy is Obi-Wan Kenobi called a “general”Why is Obi-Wan struggling to use the force in KenobiObi-did Kenobi just confirm that Mace Windu is dead?Episode with Obi-Wan Kenobi The Veteran 2 cameo explained why Obi-Wan can’t talk to the ghost of Qui-Gon’s Power Jinnakad Jedi living in the time of Obi-Wan Kenobi