Home Celebrity What happened to the actor of Javier Jiménez 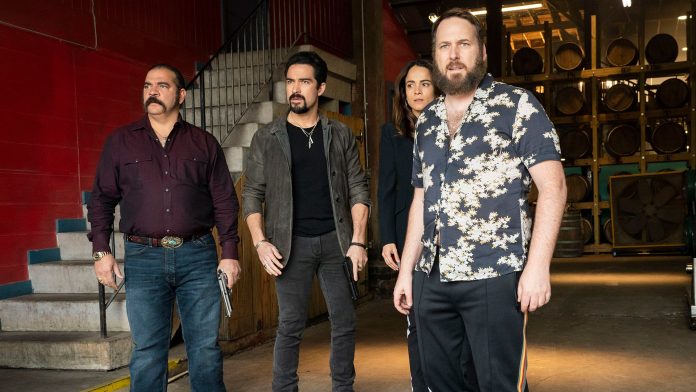 The popular Netflix series Queen of the South is preparing for the premiere of its season 5, while many wonder if another character will die in the new installment. While others remember what happened to Javier Jiménez’s actor, Javier Alfonso Herrera.

But what was the reason why Javier Alfonso Herrera left the program?

The fourth season of Queen of the South, ended with a shocking episode, after Javier Jiménez (Alfonso Herrera), sought revenge for the death of his beloved Emilia.

Teresa Mendoza (Alice Braga), had to deliver Javier to Judge Cecil Lafayette, after learning the truth about René Bardot (James Austin Kerr), in addition to avoiding facing them and shedding blood in New Orleans.

He was covering Javier with gasoline to try to kill him by burning him alive, however, at the last minute, after struggling, the two ended up dying and thus Javier was able to obtain revenge from him.

The real reason for his departure from the series

The actor who plays the character of Javier Jiménez, Javier Alfonso Herrera, has given several virtual interviews, where he comments on his sad departure from the series the reason.

“Well actually there was a logistical reason, since he had only signed for one season.”

“They all knew that he was not going to return, but it’s not that he didn’t want to, because he wanted to do another season.”

“That is why we are looking for a way to take advantage of the history of this character and see how it would affect Teresa Mendoza.”

The Quee of the South series producer also commented on the character’s death scene saying, “It had to be done in one take, it was practically a crazy and stressful night.”

The scene of the death of Javier Jiménez, was produced on the set during night hours, because it had to be crucial to obtain the essential images of this sad scene.