Home Celebrity What happened to Raymond Holt and his demise 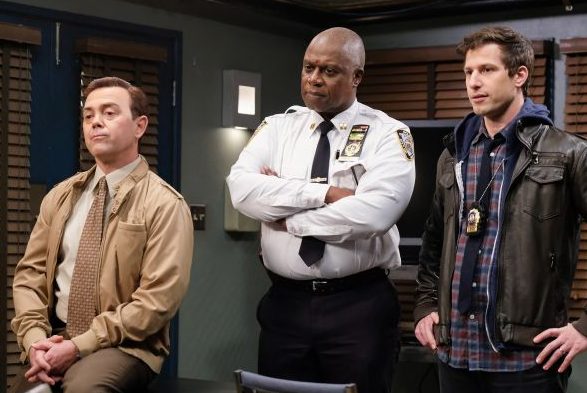 The popular Brooklyn 99 series showed all viewers some scenes that were not only funny, but also surprised, when they saw Captain Raymond Holt, leave his high position.

The demotion of Captain Raymond Holt (Andre Braugher), was undoubtedly a hard blow, now more, since things will be different to go from being a police captain to being practically a beaten cop. Age?

After an elaborate plan and a partnership with Madeline Wuntch (Kyra Sedgwick) and other characters in the series, Captain Holt managed to defeat the corrupt New York Police Commissioner John Kelly (Phil Reeves). To offer his thanks, she visited what was now Wuntch’s new office.

This seemed like a good opportunity to be able to develop a better friendship and leave their rivalries, but, it was not like that, Wuntch decided to demote Holt immediately. The alleged decision came after Holt was allegedly promoted to detective without having served long enough as a regular police officer.

The weird thing was, that Holt didn’t seem to question like he normally would when Wuntch tries to bully him. Perhaps the reason for this decision was something personal and not professional.

The captain reached an agreement with Wuntch about demoting him, he will serve his remaining time as a uniformed officer to also be able to help Terry (Terry Crews) to stay in 99, since he too was about to be transferred.

But for season 7 the situation changed, when Wuntch died unexpectedly. This gave the return of Captain Holt again and tensions managed to calm down in 99.

Now with the upcoming season 8 of the Brooklyn Nine-Nine series, things are about to get more interesting for all 99 officers. We hope the series will be able to launch in early 2021.