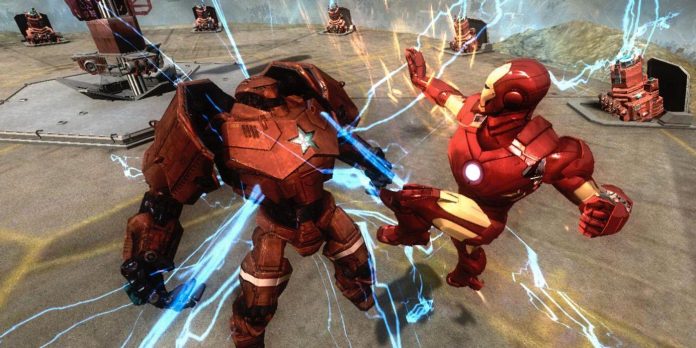 In the early days of the Marvel Cinematic Universe, Marvel collaborated with SEGA to develop games based on MCU films. All the films of the first phase of the MCU, except “The Avengers”, had additional games released on consoles at the same time as their premiere. Some of these games even had talents from the films involved in the development. For example, in the video game Iron Man 2, Don Cheadle and Samuel L. Jackson both returned to reprise their roles as Lieutenant Colonel James Rhodes and Nick Fury, respectively.

However, starting with The Avengers, additional MCU games were limited to mobile versions or MCU costumes in Marvel’s Avengers. There have also been some other experiments with interactive media for the MCU, such as the virtual reality experience released alongside Spider-Man: Homecoming and Spider-Man: Far From Home. However, the console experience ended with “Captain America: Super Soldier”, based on “Captain America: The First Avenger” and released simultaneously with it.

Ultimately, it was the hasty development that put an end to the production of MCU-based games for home consoles. It was expected that these games would be released on all major platforms, some of which, such as the Nintendo DS, had completely different development requirements. This hasty development with high expectations led to the end of MCU games. However, it also marked the beginning of successful Marvel video game franchises, such as Insomniac, which created its own Marvel universe, exclusive to PlayStation, with Marvel’s Spider-Man.

Video games based on films from the Marvel cinematic universe vary greatly in quality and genre across platforms. The console versions of these games, for the most part, had negative reviews in all five movie-related games. As a rule, they were simple beat-em-up with basic systems for raising the level and improving skills. The stories, for the most part, adapted the films, adding a little more.

Iron Man, the first MCU movie and the first MCU-related game, has been released on as many as seven platforms, including PSP, Nintendo DS and Xbox 360. The game is quite simple and is a mix of slow air combat and ground combat. The game even has a voiceover from the original Iron Man movie, where Robert Downey Jr., Terrence Howard and Sean Toub reprise their roles from the film. Although this game was not a great success with critics, Tony Stark got another chance in video games with the exclusive PSVR game Iron Man VR, released in July 2020.

“Iron Man 2” appeared two years after the first video game “Iron Man” and was released along with the film. Added to the game ​​War Machine as a playable character who focused on ballistic attacks and was voiced by Don Cheadle. Unlike the movie, the game “Iron Man 2” was seen as a minor improvement over the original. However, that wasn’t enough to save it from bad reviews, especially when Batman: Arkham Asylum showed that superhero games can be something more than just regular tie-ins.

An adaptation of the video game Thor called Thor: God of Thunder was the penultimate MCU game released. The plot of the film “Thor: God of Thunder” basically repeated the plot of the film with additional content at the end. The game even used Surtur as the villain of the endgame, many years before his appearance in the MCU in “Thor: Ragnarok”. However, God of Thunder is most notable for its impressive DS sprites provided by WayForward, at that time known for developing the Shantae series and licensed games that were much better than average.

The related video game “Captain America: The First Avenger” was received better than other MCU games, but its reception was still mixed. The adaptation titled “Captain America: Super Soldier” was the last game related to the Marvel cinematic universe on home consoles. Super Soldier also had several well-known developers associated with the game.