Home Entertainment What Happened to Kim Richards’ Date with Martin Janis after Season 3... 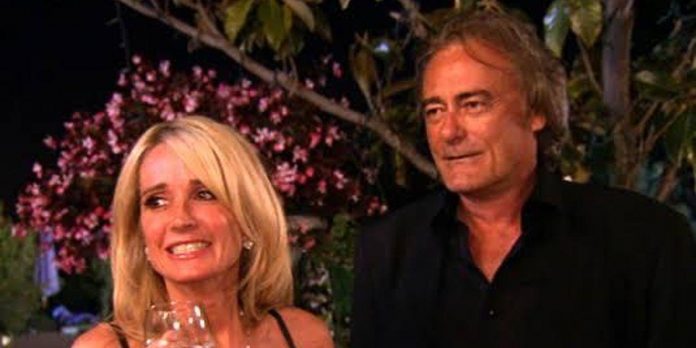 At the beginning of the season of The Real Housewives of Beverly Hills, Kim Richards and Martin Janice had a short-lived relationship, and this is what has been happening in Martin’s life since his last appearance in the popular TV series Bravo. Kim and Martin first met each other when former “Real Housewives” star Lisa Vanderpump arranged a blind date for them in 2010. At first, Martin mistakenly assumed that then-wife Taylor Armstrong was his mystery date, but Kim and Martin definitely hit the nail on the head. away as soon as they met.

While the polite and charming Martin usually stayed in the background during his time on RHOBH, the Los Angeles-based real estate agent witnessed several iconic “Real Housewives” moments first-hand. While fans may remember that Adrienne Malouf traveled in the same limo where Kim and Kyle Richards’ infamous altercation took place in the season one finale, he was also present as an awkward bystander. Although Kim’s affair with him didn’t last long, Martin, as a friend of LVP, could still be seen at some memorable parties in The Real Housewives of Beverly Hills. He witnessed a dramatic confrontation between Adrienne, her ex-husband Paul Nassif and Brandi Glanville during Kyle’s “white party” in season three. Martin also attended the LVP Sur restaurant launch party in the second season.

Martin officially made his last appearance in season 5 of RHOBH when he was briefly seen being greeted by Kyle at her second “white party”. Most Bravo viewers liked Martin (and appreciated his British accent), and they wondered what he had been doing since he worked on a reality show. According to Martin’s IMDb page, the former “Real Housewives” star got a small role in the 2012 short film “Madame.” In addition to this single acting merit, Martin continued his successful career as a realtor. In fact, he is professionally related to the first husband of former housewife Yolanda Hadid, Mohammed Hadid. This shows that Beverly Hills is actually smaller than it might seem, Mohammed (a successful real estate developer) is also a longtime friend of LVP and her husband Ken Todd.

While LVP later tried to match Martin with Brandy after things ended with Kim, Martin eventually found love on his own, outside of the real Housewives of the universe. Martin’s Facebook, which is mostly inactive, shows that he married his German wife Martina on February 27, 2015. Although he was an associate partner at Partners Trust Real Estate Brokerage during his short stint at RHOBH, Martin’s LinkedIn reveals that he was a real estate agent. Managing Director of Century Park Realty since February 2018.

Although Kim and Martin’s blind date went well in the first season of RHOBH, it’s possible that Kim and Kyle’s fight in the limo (in which Kim said Kyle “stole her house” before Kyle called Kim an alcoholic) ended any promising future between them. . While the unexpected duo eventually broke up, Martin eventually succeeded, and the British professional continued to thrive in his career. Kim, on the other hand, had a brief (and controversial) relationship with Ken Blumenfeld before documenting her six-year relationship with Wynn Katz in Marriage Boot Camp: Reality Stars in 2018. While it’s unlikely that Martin (or Kim) will appear in future episodes of RHOBH, his small role in the series won’t be forgotten anytime soon.

Is Kylie Jenner pregnant for the second time?