Home Entertainment What Happened To Enhypen’s Jungwon? Apologized For This Reason 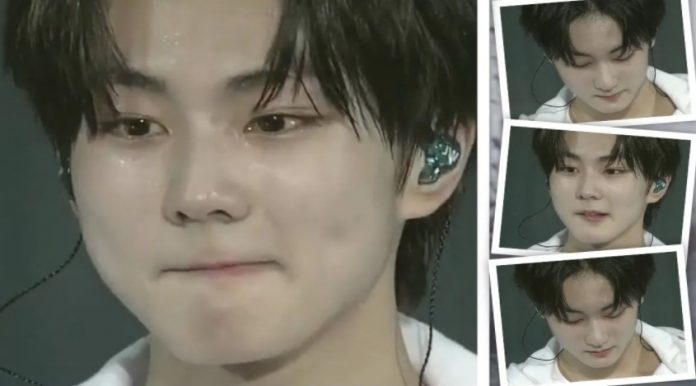 ENHYPEN’s Jungwon made a comment that didn’t seem accurate to many fans, and the idol apologizes for the misunderstanding. ENHYPEN was very excited about their fan meeting and the members of the group did a VLive to further empower their fans, but at some point Jungwon released a comment that the public did not receive anything well.

ENHYPEN is a group full of young talents, despite having been in the K-Pop industry for a short time, their popularity and reception have grown rapidly and today they have a great fandom that does not stop supporting and admiring the great work of your favorite artists.

For EN- anniversary, a special fan meeting was arranged so that ENGENE could share time with their idols in person, sing their songs, and share many more moments to celebrate ENHYPEN‘s first year together.

But before EN-C0NNECT: COMP4NION happened, the members of the boy band excited their fans for the great event, through VLive they connected with their fans showing their great energy and joy for the fan meeting that would take place.

It was on this live broadcast that EN’s Jungwon made a comment that much of the public was up to no good, this caused criticism towards the idol.

During their VLive to promote EN-C0NNECT: COMP4NION, ENHYPEN was encouraging their fans to attend their fan meeting, but they also knew that it is exam time in Korea and they talked about CSAT, one of the most important because it is about the test. admission to college.

It was at that time that Yang Jungwon decided to join the conversation with a comment that was misguided by many students, the idol said:

“If you’re coming to our fan meeting the day after CSAT, then you probably didn’t get it right.”

This phrase not only caused confusion among his groupmates, but also among the public who responded in a negative way, taking it as something insensitive for those who took this exam so relevant in his life.

ENHYPEN’S JUNGWON APOLOGIZES FOR THE COMMENT HE MADE ON VLIVE

Later and when seeing that perhaps what Jungwon expressed was not taken as something correct, the artist decided to apologize through Weverse, promising that he would be more careful with his words and that he would be empathetic in these types of situations, he felt a little immature for what he mentioned.

His fans supported Jung Won’s apology by congratulating him on accepting his mistake and being brave enough to issue an apology to those in need.

This is what happened with Jungwon, perhaps his comment was bad for many, but perhaps it must be taken into account that perhaps he did not understand the importance of the matter being younger and being in a different environment, but it is good that he has accepted his mistake and apologized to those who were offended.

In other ENHYPEN news, Jake feels sad and his and ENGENE‘s bandmates show their full support for him.