Home Entertainment What happened to Ben at Umbrella Academy? Explanation of each theory 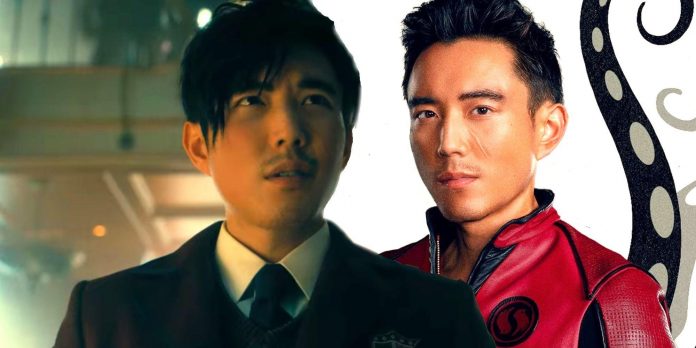 The Umbrella Academy has a lot of mysteries waiting to be solved in the near future — among those is what happened to Ben Hargreeves in Umbrella Academy. As the comic books haven’t offered an answer either, fans have come up with different theories on what happened to Ben, and here’s every one of them. Based on the comic book series of the same name by Gerard Way and Gabriel Bá, The Umbrella Academy made its debut on Netflix in February 2019. It was so well-received that it was renewed for a second season a few weeks later, and has now reached season 3.

The Umbrella Academy follows the Hargreeves, seven adopted siblings with exceptional abilities who were born on the same day, one of whom was Ben. Ben died many years before the events of The Umbrella Academy season 1, and season 2 featured his funeral, but he has still appeared to Klaus regularly as a projection or apparition. Ben’s death remains a key mystery in the series as the circumstances around it have never been explained. Ben’s evil doppelganger from another timeline is in The Umbrella Academy season 3 as part of The Sparrow Academy, so it’s a ripe opportunity for providing more clarity on his possible demise.

People have met Ben and his dangerous powers through flashbacks and Klaus’ powers, as he’s the only one who can summon and communicate with him. Thanks to that, people know that Ben can summon tentacled horrors from his body, which is not an easy power to deal with both physically and mentally. Season 3 may answer the significant question of what happened to Ben in Umbrella Academy. Here’s every fan theory about it.

The most popular fan theory about what happened to Ben Hargreeves in Umbrella Academy is that he took his own life, and there are a couple of details throughout seasons 1 and 2 of The Umbrella Academy that support the idea. The most important clue is his headstone, found at the Hargreeves mansion, which has an inscription that reads, “May the darkness within you find peace in the light.” This made many people wonder if the “darkness within” Ben was not just his powers but inner struggles as well, possibly linked to depression, which drove him to commit suicide. Although Reginald’s speech during the funeral reveals he died during a mission, the suicide theory can still work as he could have killed himself while working with his siblings (quite possibly due to the burden of his powers and how they were used), which could have been interpreted by Reginald and the rest as the team failing to help their brother and save him.

Ben’s Death Was Caused By One Of The Hargreeves

A theory that surfaced after The Umbrella Academy season 2, mainly due to the funeral scene and Reginald’s speech, is that Ben’s death is one of his siblings’ fault. As mentioned above, Reginald wasn’t a good father, and he had some tough ways of educating and training his children – look no further than how he medicated Viktor for years and the way he locked Klaus in a mausoleum for hours. This attitude towards the kids was also present during Ben’s funeral, where he told the team they were not “good people” and that after years of training, they let their brother die, with Allison quickly replying that it wasn’t their fault. Reginald’s words made many fans believe that it might genuinely be the fault of one of them, and there are two suspects: Klaus and Five.

Ben appearing only to Klaus is primarily thanks to Klaus’ powers, but Ben as a ghost doesn’t look the way he did when he died, which is how other spirits manifest in front of Klaus. Most importantly, Ben aged along with his siblings, making way for many questions about what happened to him. Now, some fans believe it was Klaus’ fault that Ben died, so out of regret, he immediately brought him back after the funeral, and they stuck together for years. This version of the theory implies that it was an accidental death (Ben couldn’t have even noticed who killed him), which is why Ben stayed with Klaus.

In terms of what happened to Ben Hargreeves in Umbrella Academy, the theory that involves Five, on the other hand, gets a bit more complicated. With Five having worked for The Commission, some people believe he could have killed Ben as ordered by The Commission. This idea can get a bit messy as it’s all about time travel, different timelines, and the role of The Commission in the universe, which exists to oversee and manage the space-time continuum, meaning that they will exterminate anything that could change the course of events of that timeline. The Commission, then, could have known that the only way to stop the apocalypse of 1963 was if Ben was dead, so they sent old Five to kill his own brother for the sake of the space-time continuum.

Ben Is Trapped In A Nightmare Dimension

One question that lingers is whether or not Ben really died in The Umbrella Academy. The Hargreeves have unique abilities, some darker and more dangerous than others. Viktor and Ben are the two members of the Umbrella Academy with the most hazardous and hard-to-control powers, as seen with Viktor provoking the apocalypse in season 1. The bank robbery scene showed that Ben wasn’t comfortable using his powers, and with good reason, as it isn’t easy to have your stomach rip open and release monstrous tentacles. Ben’s powers, then, could have gotten out of control during a mission and swallowed him into that inter-dimensional link on his body. This would explain why he was able to age along with his siblings, as he’s not dead, and would also mean that among Klaus’ still undiscovered powers is the ability to communicate with other dimensions.

Another theory suggests that Ben never died, and Reginald has been hiding him for years. Perhaps the Hargreeves’ father and mentor was too scared and concerned about Ben’s powers that he decided to leave him in an induced coma so he could study him and his abilities. Reginald then faked Ben’s death and blamed the team in order to push them to be better, while he kept Ben far away from the rest, possibly at Hotel Oblivion. Ben, then, was summoned by Klaus through a new ability: astral projecting other people. This also explains why he grew up, as he may not actually be dead.

A new and improved version of Ben appears in The Umbrella Academy season 3 — but this time, he’s a member of The Sparrow Academy. The character’s reappearance has been intriguing, and his presence could provide more backstory as to what happened to Ben Hargreeves in Umbrella Academy. When he first appears in footage from season 3, he is very much alive and in control of his powers. Instead of being a member of the Umbrella Academy, however, he’s now leading Reginald’s replacement group, The Sparrow Academy. This version of Ben looks remarkably different from his ghostly predecessor, who was always there to give Klaus a helping hand, a sympathetic ear, and a shoulder to cry on. Rather than the kind Ben people know and love, The Sparrow Academy’s Ben is highly aggressive, calculating, and ambitious.

Related: Why Sparrow Ben Can Be Even More Powerful Than The Umbrella Academy’s

The creation of the Sparrow Academy could explain if Ben does really die in Umbrella Academy since he appears very much alive in the latest clips. However, this is a likely result of the time paradox created by Five. The creation of the new superhero team comes about when Viktor and the gang appear back in the current timeline, only to find that their alien father, Sir Reginald, has created a hero team that bends more easily to his will. The Umbrella Academy will have to fight to survive the Sparrows and the Kugelblitz that Five created. All of this makes for an exciting season 3, and perhaps people will find out what happened to Ben in The Umbrella Academy.