Home Crypto What Happened During the Meeting with Changpeng Zhao and Nayib Bukele? 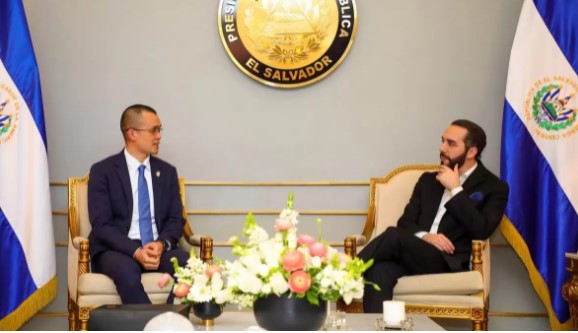 Changpeng Zhao, CEO of Binance, the world’s largest cryptocurrency exchange in terms of transaction volume, and Nayib Bukele, President of El Salvador, the country that recognized Bitcoin as a legal asset for the first time in the world, came together. Zhao described this meeting as “great”.

Zhao recently met with Bukele to talk about the Central American nation’s crypto adoption. Binance CEO shared his thoughts on the event in a short tweet.

In addition to these, contrary to the first news that emerged, Zhao said in his statements that they never talked about Bitcoin bonds. Milena Mayorga, the US ambassador to El Salvador, initially stated that the country sought support from Binance to launch Bitcoin bonds.

In his statements regarding the meeting with Binance CEO, “There is a lot to talk about at the point of adoption.” used his words.

On the other hand, according to the reports of Diario El Salvador, Zhao emphasized that Bukele is a “leader” and expressed that he wanted to examine El Salvador’s strategic projects.

It is also known that the President of El Salvador is currently in contact with various Bitcoin supporters, including television personality Stacy Herbert and Mexican businessman Ricardo Salinas Pliego, to discuss Bitcoin adoption and investment opportunities.

Although both El Salvador and Bukele were subjected to a lot of criticism because of the Bitcoin step they took, they did not turn away from this decision. In addition, important steps continue to be taken in this regard.

In addition to the criticism, experts describe El Salvador’s move as a “Bitcoin experiment”. Therefore, the steps taken by the country in this regard are followed with great seriousness.

Doubled in a Week: Why is Decentraland Rising?