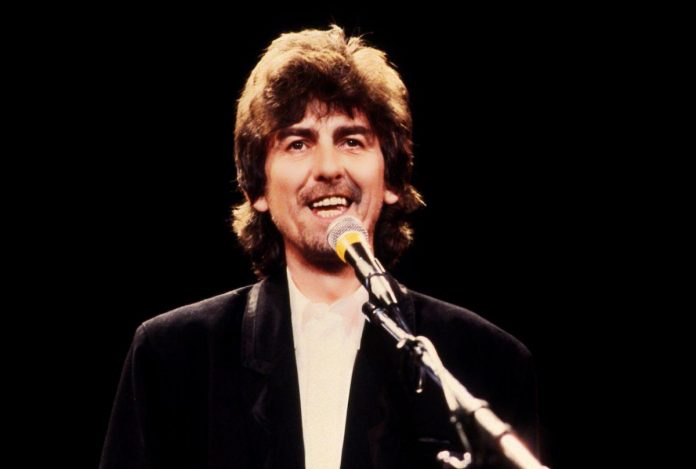 George Harrison had a black sense of humor, but no one should take his comments to Tom Petty after Roy Orbison’s death as such. As his wife Olivia explains, George always got down to business and never forgot to look at things positively.

In 1987, George invited Petty, Orbison, Jeff Lynn and Bob Dylan to record the song “Handle With Care”. He wasn’t going to miss the once-in-a-lifetime chance to have all four rock stars in one recording studio. Later in 1988, George asked the guys to record an album under The Traveling Wilburys label.

Petty barely slept the night Orbison was asked to join the supergroup. He was so excited that the veteran rocker agreed. In a video about the making of The Traveling Wilburys Vol. 1, Petty said, “Every time we started thinking about it, ‘Wow, Roy Orbison is in the band!’

Five musicians had a great time recording The Traveling Wilburys Vol. 1. There was no ego. It was just a couple of friends jamming and recording.

Orbison was thrilled when the album became a success. It was Orbison’s first success in a long time. “The last time I spoke to him on the phone was a couple of days before he died, and he was so excited about Wilbury going platinum, and he just said, ‘Isn’t that great? That’s great!” said Petty.

Unfortunately, Orbison died of a heart attack two months after the supergroup released their debut album. “We all felt that Roy was a really special part of the band, and it was just a trump card up his sleeve for that voice to come out,” Petty continued. “And he was so sweet, and it hurt so much when he died.”

George was the first person to call Petty after Orbison’s death. George assured Petty in his own way that Orbison would be fine.

“It was very early in the morning, I think my wife answered the phone, and then woke me up and said that Roy had passed away,” Petty explained in Martin Scorsese’s documentary “George Harrison: Life in the Material World.” “And then the next call was George.

The Demon Slayer has never looked better in an incredible new...