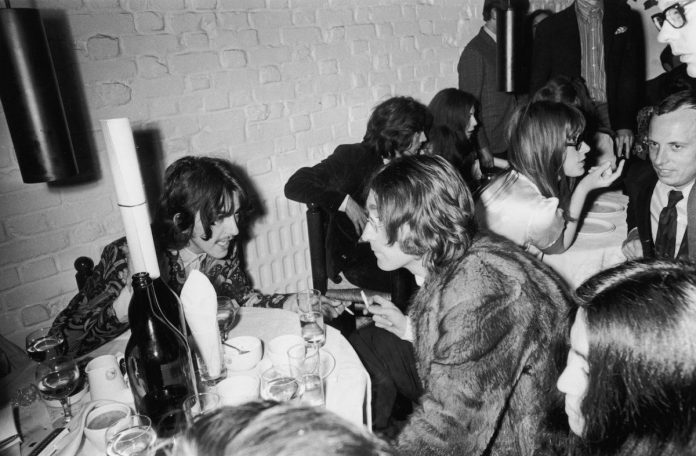 George Harrison knew that his 1980 memoir “I Me Mine” had upset John Lennon. A few months before his death, John admitted that the book hurt him because George barely mentioned him. He claimed to have influenced George and helped him write songs.

However, George said that John overestimated his influence on him.

In 1980, John told Playboy that George’s memoirs had hurt him. He was upset that George barely mentioned him, even though he was acting like George’s older brother.

John said (according to Beatles Interviews): “I was touched by George’s book “I, I, Mine”. zero.

“In his book, which is supposedly a clear vision of his influence on every song he wrote, he recalls every two-bit saxophonist or guitarist he met in the following years. I’m not in the book.” Playboy asked why.

“Because George’s relationship with me was that of a young follower and an older guy. He’s three or four years younger than me. It’s a love-hate relationship, and I think George still resents me for being a dad who left home. He wouldn’t agree with that, but I think so. It just hurt me.”

John continued, “I was just excluded, as if I didn’t exist. I don’t want to be so selfish, but he was my student when we started.” John explained that, in his opinion, George idolized him because he was older, had sexual relations, drank and was engaged in adult affairs. George followed him and his girlfriend (then wife) Cynthia like a lost puppy, “hanging around like those kids at the Dakota Gate.”

John also mentioned that he helped George at Taxman. Although I didn’t want to help. “I thought, ‘Oh, no, don’t tell me I have to work on George’s stuff.’ It’s enough to make your own and Gender. But because I loved him and didn’t want to hurt him, when he called me that day and said: “Can you help me with this song?”, I just bit my tongue and said “OK”.

George knew John was thinking about I Me Mine. However, he had very different views on John’s role in his life.