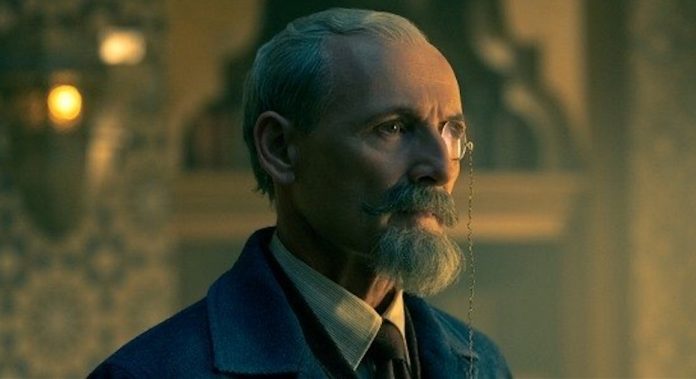 Sir Reginald Hargreeves (Colm Feore) is a mysterious figure in The Umbrella Academy but in season 2 some curiosities are dropped about his personality and backstory.

Reginald Hargreeves’ relationship with Grace and their creation of Pogo together hint at his desire to create a legacy, and knowing the product of this desire shows him that they can become a reality, but that his efforts will ultimately result in failure.

Upon meeting The Umbrella Academy, Reginald Hargreeves (Colm Feore) glimpses his own future and can take steps to alter that timeline. Seeing his worst mistakes come true of him gives Hargreeves a strong incentive to avoid certain decisions.

However, Reginald Hargreeves is arrogant enough to believe that he can change the timeline for the better, resulting in the creation of the Sparrow Academy.

During his reunion with his children, Reginald Hargreeves makes it clear that he considers them a failure and that his efforts to create something lasting that changes the world are too.

Haunted by that future, it’s possible that Reginald of The Umbrella Academy would change course to create the Sparrow Academy, going against the natural flow of the timeline.

After having controversial encounters with various members of The Umbrella Academy over the years, Reginald Hargreeves is already predisposed to dislike them.

The members of The Umbrella Academy are everything Hargreeves is not and while he rejects them, he is forced to confront the idea that he is responsible for the way they are.