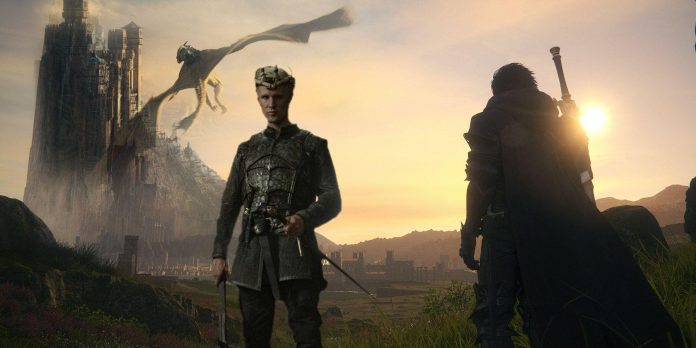 The Final Fantasy series experimented with a number of different gameplay formulas and thematic ideas. From the steampunk streets of Midgar in Final Fantasy 7 to the more mundane, story-inspired Final Fantasy 16, the franchise can change its atmosphere on a whim. The next game will be more like the origins of Final Fantasy, and the futuristic elements of science fiction will fade into the background in a war-torn medieval setting. It is a popular choice in modern pop culture, in some TV series such as “House of the Dragon”, which also rely on mature themes and bloodthirsty battles.

“House of the Dragon” is the first time fans have returned to Westeros since the much—criticized finale of “Game of Thrones.” Instead of a vast epic that transports viewers from the sandy, sun-drenched lands of Dorne to the harsh, unforgiving wastelands north of the Wall, this project seems more cohesive. This time, the turbulent reign of House Targaryen prevails over the War of the Five Kings. Square Enix’s crown franchise in the Japanese role—playing game genre is a completely different property than anything else, according to George R. R. Martin, but with the release of the sixteenth main part of Final Fantasy, there are enough parallels to guarantee some influence of the stronger aspects in House of the Dragon.

Clive Rosfield is the protagonist of Final Fantasy 16, but it seems that his younger brother Joshua occupies a more important place in the world. Since the latter is the Dominant of the primordial Phoenix, he is one of the most prominent figures of Valistea, despite the fact that Clive was the firstborn of the Archduke of the Rosary. Obviously, Joshua is not prone to conflict, so Clive took up the blade to protect his younger brother. Final Fantasy 16 is likely to have many more storylines, but this emphasis on family has been confirmed in the game’s promotional materials.

“House of the Dragon” is only a few weeks away from the 10-episode first season, but it’s become clear that it focuses on the complex dynamics of a complex family. House Targaryen is one of the great houses of Westeros, it has remained on the Iron Throne since the conquest of Aegon, but the distance between the family’s greatest exploits and Daenerys’ actions in Game of Thrones has remained virtually unexplored. “House of the Dragon” fills the gap with heroes, villains, uneasy alliances and shocking betrayals, showing that not everything is pleasant in the life of its characters. Final Fantasy 16 should carry the same philosophy while maintaining a deep sense of family to move the narrative forward and make it more intimate.

Free use by the Dragon House of Time Jumping

While “Game of Thrones” was no stranger to time jumps that forced the plot forward, “House of the Dragon” uses them with more reckless energy. Months, even years, are hushed up so that the story remains intriguing, and Viserys’ new son and Rhaenyra’s claim to the throne have become the topic of numerous conversations. Explaining every detail of the plot—both important and unimportant—in each episode would slow down the pace of the show to a minimum. Finding the right time to restore the characters to a new timeline is vital to the overall quality of the show.

Like its 2016 predecessor, Final Fantasy 16 will include a time skip in which the main character ages a lot. Noctis is a grumpy 20—year-old for most of the game and only becomes a “responsible” adult in the final stages of the game, but there is little evidence that Clive’s journey will be the same. Skipping Clive’s time in Final Fantasy 16 could happen much earlier, and most of his quests will happen when he comes of age. “House of the Dragon” proves that time lapses can work wonders with character development, and Square Enix can benefit from watching how the “Game of Thrones” spin-off handles its (often confusing) timeline.

While the aesthetics of “The Lord of the Rings: Rings of Power” inspire hope and surprise, “House of the Dragon” uses dimly lit corridors and a dull interior to achieve maximum effect, adding to the tone of the series and serious themes. With a reduced plot and less desire to show off the diverse corners of Westeros, the Dragon House doesn’t have to shed light on the greener pastures of the Limit or the clear skies of Pentos, so it’s free. immerse yourself in the darkness and create a unified atmosphere.

The 10 Best Open World Games Based on Superpowers