Bitcoin (BTC) has been experiencing high price volatility in recent days. According to the latest data, Bitcoin continues to be traded at $ 15,668, rising by 9.4% within 24 hours and is very close to $ 16,000. So what are the factors that made the Bitcoin price so high?

Bitcoin (BTC) price rise peaked during the US presidential election. While experts said volatility could be seen in crypto currency prices in the elections, Bitcoin continued its upward movement. The most important reason for this was the Fed’s November meeting. With the FOMC meeting, news feeds such as PayPal’s seizure of $ 1 billion worth of Bitcoin were also mentioned.

According to reports, at the FOMC meeting held on November 5, Fed Chairman Jerome Powell announced that he would support the economy by keeping interest rates close to zero for at least 3 years. The US dollar fell 0.94% after Powell’s statements that central bank spending affected purchasing power. At the same time, in the news, the dollar liquidity created after the economy stimulus package was interpreted as a factor that weakened the safe haven status of the US dollar. This, in turn, has been a factor driving investors to stable currencies like Bitcoin, according to experts. 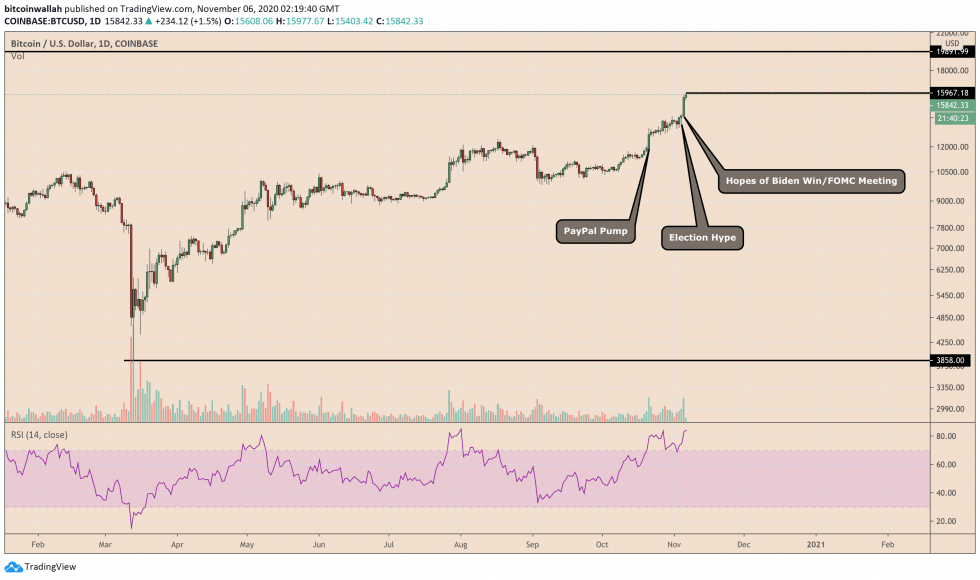 In addition to the influence of the Fed, PayPal’s announcement that it will support cryptocurrencies and the expectation that Joe Biden will win in the US presidential elections were listed as the other factors that continued the bull rally.

In the analysis shared in Cointelegraph, it was stated that Bitcoin managed to reach the highest figure of 2020, $ 15,950, and the bulls continued to rally. In the tweet shared by Messari, it was said that Bitcoin was priced above the point of $ 15,109 for 19 days without interruption. It was stated that the experts for Bitcoin, which rose between the news that the US seized $ 1 billion in Bitcoin and the uncertainty of the presidential elections, continued to expect volatility until the winner was determined. 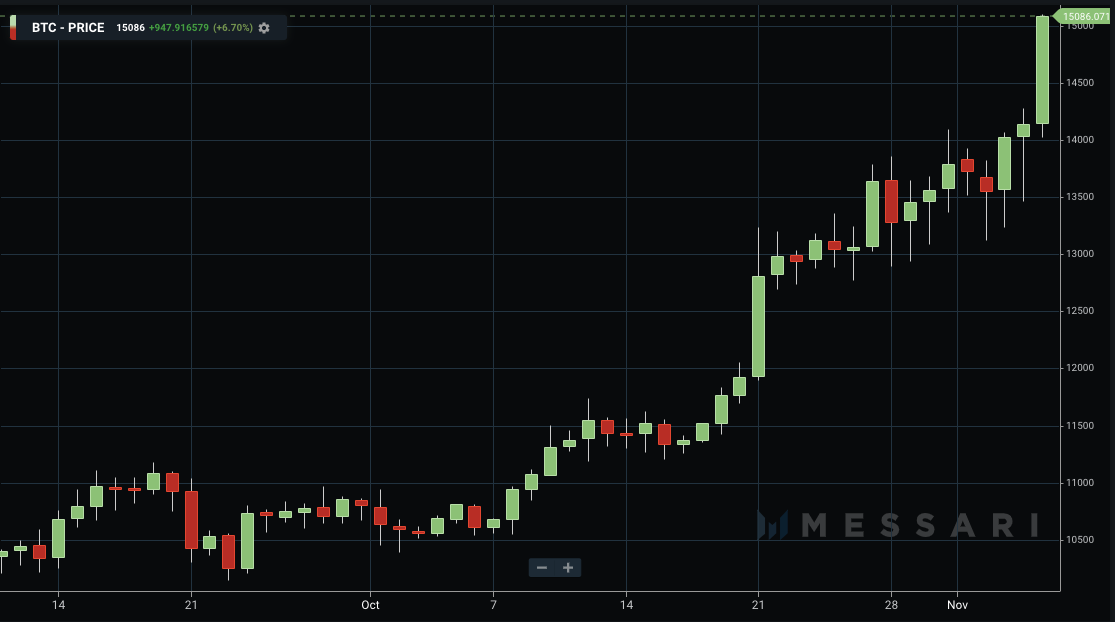 ADELE ON TRENDS WITH HIS WEIGHT

“Your Money is Safe” Message from OKEx CEO!

Twitter has been found to feature white people in posts

Yearn Finance is now even more expensive than Bitcoin