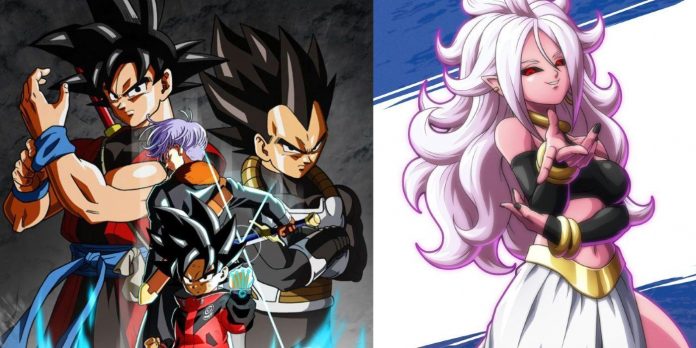 A potential Dragon Ball Xenoverse 3 may have a problem created by Xenoverse 2, but a creative solution is not unattainable. The story of Xenoverse 2 covers almost the entire Dragon Ball franchise, starting with Dragon Ball Z before the DLC expanded the narrative to include all the GT and Super anime, as well as Dragon Ball Super: Broly. As the story continues to expand with DLC, the Xenoverse narrative may have to switch from regular anime to other media in the franchise library.

Dragon Ball games have a diverse history of exploring special scenarios that completely don’t match the source material to give players a more original experience. In some cases, this manifests itself either in alternative timelines, such as Shin Budokai Another Road, or in hypothetical mergers and transformations, such as Super Saiyan 3 Broly and Vegeta from Raging Blast. An additional arcade game called Dragon Ball Heroes has become home to many of these alternate realities, making them ready for use in the Xenoverse 3 narrative.

Link: What is Dragon Ball: The Breakers is different from Xenoverse

Dragon Ball Heroes exists as a separate continuity that continues to incorporate aspects of the Dragon Ball canon into its own narrative. Currently continuing their work as Super Dragon Ball Heroes, various new transformations and forms have gained new life, including Cooler, who has reached an even more powerful form than his previous appearances, new mergers and numerous Saiyans who have discovered transformations beyond what was previously shown. The Dragon Ball Xenoverse story can use this in a potential Xenoverse 3 as well as other game content to strengthen its potential cast and storylines.

The world of Dragon Ball Xenoverse is entirely based on the use of alternate timelines, with the main timeline consisting of Dragon Ball Z and Dragon Ball Super, and the DBZ and DBGT films consisting of separate timelines. However, at the same time, Xenoverse is limited only to the official content released in anime and manga, instead of taking a page from DB Heroes and combining the continuity of various video games to further expand the narrative of the game. Only Dragon Ball Heroes contains many unique scenarios and character forms not found anywhere else in the history of Dragon Ball, such as Raditz, who achieved his own Super Saiyan 3. This is also complemented by one of Dragon Ball’s newest additions from its latest fighting game release.

All the different Dragon Ball fighting games take place in different stages of the franchise’s continuity. With games like Dragon Ball Heroes and FighterZ offering completely new characters and hypotheses, not to mention previous games offering completely new timelines, Dragon Ball Xenoverse doesn’t need to tie itself to the main continuity in future installments. Instead, perhaps a potential Dragon Ball Xenoverse 3 will be able to take an example from the series itself, breaking its own limitations and combining various multiverse concepts from other Dragon Ball games.

Sylvester Stallone is a brutal mafia Boss in the Tulsa King...