Home News What does UwU, 7u7 mean in WhatsApp, why is it used and... 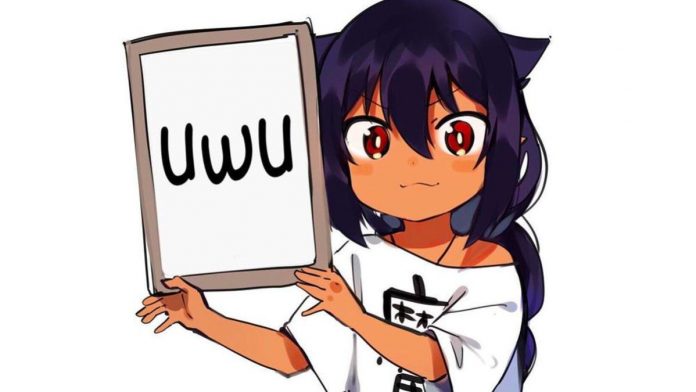 UwU: The other day, when we saw the meaning of the expression XD and its different uses depending on whether we used it in one type of message or another, we pointed out that although it had a basic meaning, it could be used in different conversational contexts, whether they were real-time conversations or messages. posted on social networks.

And the same happens to another expression queen of WhatsApp, Twitter, Telegram, posts in forums and sites, and that it is also more common to hear it even in voice conversations: LOL. But surely you have seen another, maybe on Twitter or in an Instagram comment, that may catch you off guard: ‘UwU’ … What does this mean? What is uwu?

‘UwU’, or ‘uwu’ (also 7u7), unlike LoL it is more like XD: Its letters are not an acronym for anything, but are used to form an emoticon, an emoji with letters to mean a reaction to something beautiful and / or what makes you happy. It’s like the emoji translation of “Aww! How adorable.”

There is no exact record of when “UwU” was coined, but most sources date to 2005, when someone included it in their fanfiction work “Puzzle Genius.” This work of fiction is based on the well-known anime series “Yu-Gi-Oh”. According to the site 7esl.com, the Urban Dictionary or Internet Slang in Japanese and Korean cybercultures are used a lot with the original meaning of cute, or “kawaii”.

“OwO”, which is a surprise emoji
“^ w ^”, which is an extremely happy way of writing or the cutest thing you’ve ever seen
“XD”, which is mainly a smile if you look at it sideways
“Twt or twt” which is a crying emoji
“: 3” for a smile
“ùwú, an angry / crying emoji
“; 3” as a wink and smile

“UwU” can also be used to mean:

Relaxation
As a way to flirt
To replace the word “equal”
As a substitute for “cool”
To be condescending in conversation
To be conceited
When you can’t come up with an answer but you don’t want to be rude and say nothing.

UwU in the Furry community

In the furry community, it can also be considered foreplay. A “furry” is someone who likes anthropomorphic animals, which basically means that they like to make animals appear human, either by speaking or by giving them human physical characteristics in art, film, or costumes.

Furries often wear animal accessories, such as cat ears, fox tails, or masks. Some furries even wear full costumes from head to toe and may engage in sexual behavior while wearing them. Some believe that to be a true furry, you not only have to look like one, but you also have to sound like one, that is, use languages ​​like “UwU” or “TwT”.