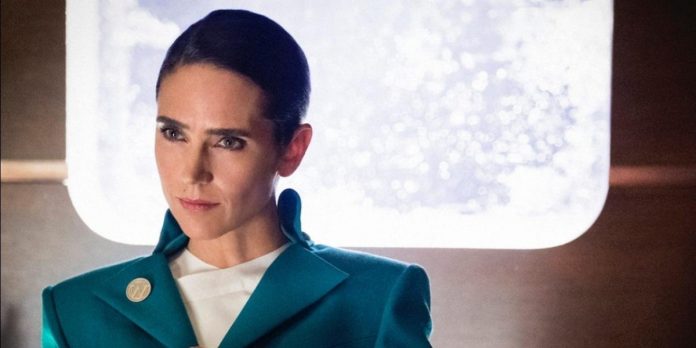 In Snowpiercer, while Melanie (Jennifer Connelly) was outside trying to manually override Big Alice’s link, she landed on her back in the icy snow and witnessed an impossible sight.

A snowflake fell and she landed on the face shield of her helmet. Melanie Cavill dismissed the idea that she was seeing things and quickly took a sample of snow in a vial before tackling Big Alice in Snowpiercer.

If Melanie Cavill is correct that there is real snow falling from the sky, the inference is literally changing the world: it means that the Earth may be starting to warm up.

The Snowpiercer Global Freeze occurred when scientists released chemicals into the atmosphere to combat climate change, but it had the opposite effect and sent Earth into a deep freeze.

Except for the 3,000 souls aboard Snowpiercer and Big Alice. But if Melanie’s discovery turns out to be correct, then there is a chance that Earth will gradually begin to host life again.

Although it could take an incalculable amount of time. However, a reversal of the Freeze changes everything and creates a possible new future for everyone in Snowpiercer, if they don’t kill each other in a war between Andre Layton (Daveed Diggs) and Wilford first.

See Also
Fans get annoyed by lack of story and characters

The movie available on the platform Pieces of a Woman!

5 Outfits of EXO’s Lay inspired by his particular style