Home Entertainment What Does The Michael Myers Halloween Mask Mean? 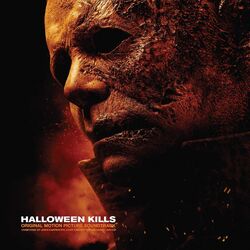 The premiere of Halloween Kills brings back this ruthless serial killer, who always wears a hideous mask that hides his face. Although Friday the 13th traveled to space, Halloween has not experimented with an intergalactic killer, at least not yet. The funny thing is that Michael Myers’ mask hides a reference to Star Trek, one of the most recognized science fiction sagas. A few days after Halloween Kills‘ debut in theaters, the time has come to focus on one of the iconic elements of the series, the mask of the killer.

The story behind the mask of Michael Myers

When the team from the original 1978 film began brainstorming ideas for the mask Myers would wear, they brought four different options to the table. They first thought of a Don Post Emmett Kelly clown mask, but with red hair. Later, they also considered placing a replica of the face of former American President Richard Nixon on Michael’s skin. The two remaining options were linked directly to Star Trek: there was a Spock mask and a William Shatner mask as Captain James T. Kirk. In the end they opted for the latter.

After buying it, they of course made some changes. They removed her eyebrows, painted her white, and changed her hair. They also modified the shape of the eyes. When conducting the relevant tests, they realized that the mask was perfect because not only did it feel bad, but its expression reflected a complete lack of emotions, just like the character himself. Throughout the different films, the different creative teams have adapted it according to their needs.

Michael Myers will kill once again in Halloween Kills, which will premiere in Spain on October 22. The murderer has survived his injuries and his fire, so he will return wanting to murder, especially Laurie Strode, whom he has been chasing since the original film. Later, in 2022, we will see the character again in a new sequel to this saga, Halloween Ends.