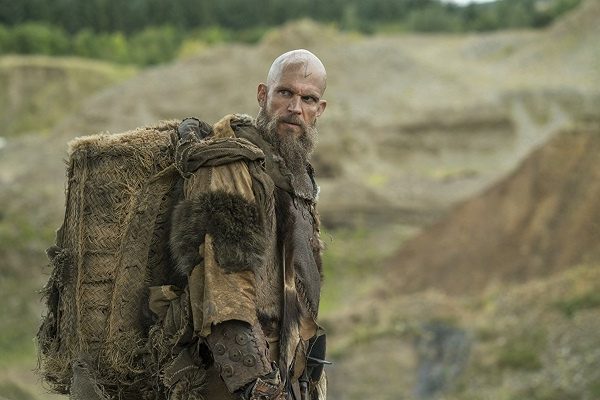 Amazon Primer Video, was in charge of bringing the final episodes of the sixth and final season of Vikings to the screens of the fans on December 30, 2020.

The historical drama Vikings, presented fans with a bloody and devastating ending, witnessing many deaths and especially those of their favorite characters, starting with Bjorn in episode 11.

After Ivar tried to expand his territories by trying to invade England, during the war Ragnar’s son (Travis Fimmel) received several stabs that caused his death.

During the finale, fans were thrilled to see Floki (Gustaf Skarsgård) sitting on a beach alongside Ragnar’s other son, Ubbe (Jordan Patrick Smith). Floki, was described by the creator of Vikings as “the soul” of the drama.

In this regard, referring to Floki, the creator of the historical drama Vikings Michael Hirst, recently explained that he had a need to ensure that the narrative had a satisfactory ending for Ragnar’s best friend.

In this regard, during an interview with Entertainment Weekly, the Vikings writer stated that Floki was a very important character in the history of the series, and therefore, it was not worth leaving him at the bottom of a volcano, which is why he should appear in the new world. This is what Hirst said:

“I always called him a pagan fundamentalist, pushing himself to the limit every time. What I’ve always felt was one of the reasons why I could allow him to survive extreme situations. ”

“I still feel, in a way, that he has found peace, but he is not like old Floki. I think he knows that he is dying. But he is not so worried. He has been a troubled soul for so many years. I had so much hope on setting up a godly society in Iceland, and it just didn’t work, it stressed him out, it devastated him. “