Home Celebrity What does BTS’s Fake Love mean? The message behind the song 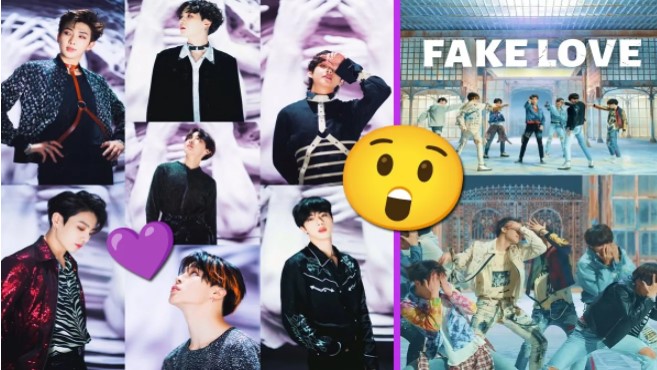 Fake Love accompanied one of the most memorable eras of the idol group, the melody has a special meaning behind its lyrics and the members of BTS have made known what it is.

Were you together with BTS in the Fake Love era? This melody not only demonstrated the great popularity of the HYBE group, but was also performed on international stages, earning a special place in the hearts and memories of ARMY.

The song is part of the album known as Love Yourself: Tear, which was released in 2018. You probably clearly remember the video and even some of the group’s most iconic presentations with the melody, but what is the message it conveys?

BTS’s Fake Love lyrics recount the feelings of a person who has given everything for love and has even hidden his true emotions so that happiness reigns in a relationship, however that has not been enough because the other person does not do his best. part.

Although you probably already know the translation of the verses of this musical track very well, the members of the K-Pop group have made it known that there is a message beyond what we see superficially in the lyrics.

WHAT MESSAGE DOES BTS GIVE FAKE LOVE? THE IDOLS EXPLAIN IT

When the idols promoted this melody, on several occasions we heard them talk about the creation of the melody and the message they are transmitting with it, it was then that they commented on what is the real meaning behind the verses.

According to the members of BTS, the meaning of Fake Love is that it is not enough to give love, but you have to be true to yourself so that love is lasting, otherwise this feeling will end soon.

When someone falls in love and is not true to themselves, love tends to be very short-lived.

FAKE LOVE BY BTS IN LOVE YOURSELF: TEAR, THE ALBUM LOVED BY ARMY

Love Yourself: Tear was BTS’s third full album, because after several successful mini albums they would return with this record material that includes a total of 11 songs and would lead them to position themselves at number 1 in popularity in Korea, Japan and the United States.

On the other hand, we tell you that Taehyung chose among the emojis that ARMY uses to represent him, did he select the bear or the tiger?