Home Entertainment What do we know about Mass Effect and Dragon Age? 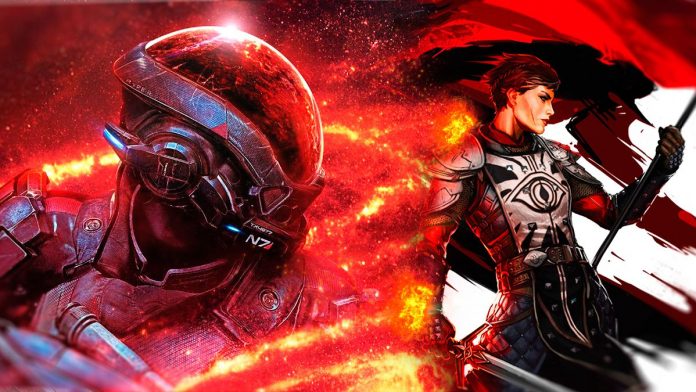 BioWare focuses its efforts on its two most powerful brands, with which they will try to get back to the top.

A video game studio that was a legend in the role playing genre. BioWare was very successful and is the developer responsible for some of the most important RPG sagas. However, the past few years have not been easy for Canadians. The first serious stumble occurred with Mass Effect Andromeda, which had a bumpy premiere full of bugs and glitches. Electronic Arts decided then to paralyze all the content for a single player that they had planned for the following months. With Anthem, your game as a service, promises were not made from begging, but as is often the case, words are blown away. Now, eyes are on the new Dragon Age and Mass Effect.

Because yes, the failure of Anthem forced BioWare to rethink its entire future. Given the exodus of players, he had no choice but to hold on to a burning nail and assign a small team to develop a version 2.0 of his looter shooter. Every so often, Austin’s study shows something new, but there is not even a window foreseen for the relaunch (if it ever happens). In addition, the situation turned around when the departure of two of BioWare’s most important personalities was announced: on the one hand, Casey Hudson, general manager of the company and director of the original Mass Effect trilogy, resigned from his position; on the other, the same happened with Mark Darrah, the hitherto head of Dragon Age.

The chess pieces have changed. Some figures have fallen, but the checkmate has not occurred. Christian Dailey, until now the head of Anthem 2.0, has gone on to lead the development of the next Dragon Age. At that point, it was normal to think that the future of his previous project was compromised, but the developer clarified that the new version of Anthem was in good hands. What happens is that according to Bloomberg, Electronic Arts was going to review the status of development to determine if they invest more or cancel it permanently.

Before the new Dragon Age was officially announced, some sources pointed out that development had been restarted at least once. Be that as it may, during The Game Awards 2018 it was revealed that the video game was underway. More than two years later, its final title has yet to be revealed, as it is known simply as “the new Dragon Age.” There is no release date on the horizon either. During a shareholders meeting in 2019, Blake Jorgensen, CFO of Electronic Arts, mentioned that it would probably come out “after fiscal year 2022,” which begins on April 1, 2021 and ends that same day, but in the year 2022. Therefore, the release window is very vague, and will also depend on how much or little the latest internal changes have affected.

The data has been shared in small pills, mainly through the social networks of its own creators. Anyway, at the gala hosted by Geoff Keighley in 2020, they presented another teaser trailer, this time with a surprise: Solas, from Dragon Age Inquisition, will be back. The one who looks like he’s also coming back is Varric Tethras, one of the main characters from Dragon Age 2 and Dragon Age Inquisition, as he is the narrator of the teaser. Even so, for now no one at BioWare has made it clear if he is going to be one of the protagonists.