Home Entertainment What Do The Symbols In Netflix’s K-Drama Series Squid Game Mean? 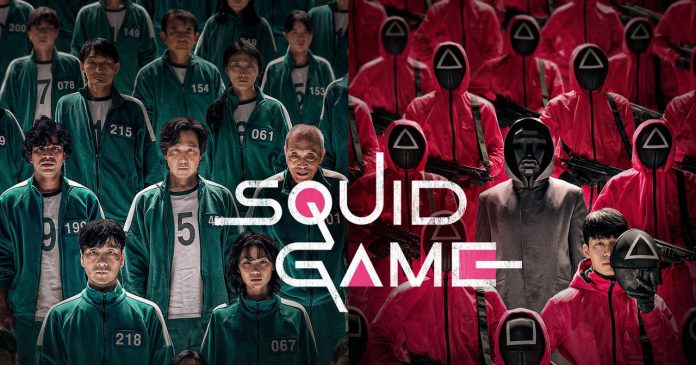 Squid Game is no ordinary Netflix K-Drama, because there is no romantic story or dramatic scene of a couple hugging each other for the first time. On the other hand, in Squid Game, there is a squid game that pits players against each other for survival.

Lee Jung-jae plays Seong Gi-hun, a divorced father and a gambling addict who lives with his aging mother, but struggles to pay off his debts. One day, Gi-hun receives an invitation to participate in an unknown game for hundreds of millions of won.

Quoted from The Focus News, Monday (27/9/2021), he was invited through a brown card with a vague logo and a phone number to confirm participating in the game. The geometric shape of the invitation card is reminiscent of the logo on the PlayStation stick.

The symbols on the invitations such as circles, triangles, and squares are actually the letters of the Korean alphabet, written in Hangul, the Korean writing system. The circle is the letter ‘O’, the triangle is part of the letter ‘J’, and the square is the ‘M’, so side by side, it says ‘OJ M’, which is the initials of the squid game in Korean, which is read as Ojingeo Geim ( ) which means squid game.

In the K-Drama Squid Game shows that the geometric shapes that we see in this character indicate that there is a function for each. “Circles are workers, triangles represent armed soldiers, while squares are for managers,” said Hwang Dong-hyuk, writer and director of K-Drama Squid Game.

In addition, Dong-hyuk also revealed that he was inspired by worker ants. On the other hand, the competitions we see in the series are based on traditional Korean children’s games from the 1970s. One of them, from which the program takes its name, is a squid game which consists of drawing various geometric shapes (circles, squares or triangles) on the ground, which when put together will form a squid.

According to this K-Drama fan theory, the color of the envelope represents the role that can be played by those who are selected in the competition: player or guard, because as players wear blue clothes and guards wear red clothes and wear masks. Although the players are the most at risk, the guards also have to witness death and bring the dead bodies that have fallen into the game.

The guards set up a squid game, so they knew how the participants would die, but they couldn’t interfere because they also had to follow certain rules, such as not speaking until the boss allowed it and not being able to take off the mask. In this Netflix K-Drama series, the Squid Game which is actually a child’s game becomes a dangerous game.