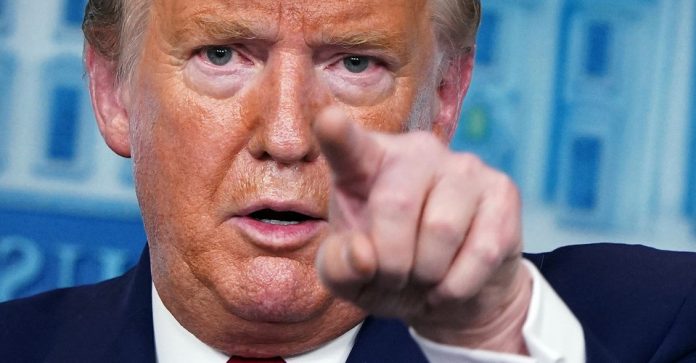 President Donald Trump suggested that he could set up his own social media site following the permanent suspension of his personal Twitter account on Friday, January 8.

Trump sent a series of tweets from the official @POTUS account in an attempt to circumvent his ban, accusing the company of cracking down on free speech. But Twitter soon removed the posts, of which they took screenshots.

“As I’ve been saying for a long time, Twitter has gone further and further in banning free speech, and tonight, Twitter employees have coordinated with Democrats and the radical left to remove my account from their platform. , to silence me and YOU, the 75,000,000 great patriots who voted for me, “Trump wrote.

“Twitter may be a private company, but without the government’s gift of Section 230 they would not exist for long,” Trump continued.

Section 230 of the Communications Decency Act has been a nuisance to Trump and other conservatives for some time.

He says: “No provider or user of an interactive computing service will be treated as the publisher or broadcaster of any information provided by another information content provider.” This offers legal protection for sites like Twitter and Facebook for what third parties post.

Will Trump create his propa social network?
“I predicted this would happen,” Donald Trump said. “We have been negotiating with several other sites and we will have a big announcement soon, while also looking into the possibilities of building our own platform in the near future.”

“We will not be SILENCED! Twitter is not about FREEDOM OF SPEECH. It is about promoting a radical left platform where some of the most vicious people in the world can speak freely.”

“STAY TUNED!” Trump concluded. The tweets were removed shortly after posting in accordance with Twitter’s policy on circumventing a ban. The official presidential account will be delivered to the incoming Biden administration on January 20.

“As stated in our ban evasion policy, if it is clear that another account is being used for the purpose of evading a ban, it is also subject to suspension,” a Twitter spokesperson told The Hill newspaper on Friday.

Trump returns, on the @POTUS account, and says he is looking "at the possibilities of building out our own platform in the near future." pic.twitter.com/AhbICQ82OM

“For government accounts, such as @POTUS and @WhiteHouse, we will not suspend those accounts, but we will take steps to limit their use.”

Several prominent supporters of the president were suspended from Twitter last week, with many moving to Parler, an alternative site popular with conservatives.

However, Trump has given no indication that he will join Parler and the site faces pressure from Google and Apple to introduce a content moderation policy if it wants continued access to its download stores.

Limit Has Been Made for Withdrawals in Egypt