Home Celebrity What Did Meghan Markle Say To King Charles Before Walking Down The... 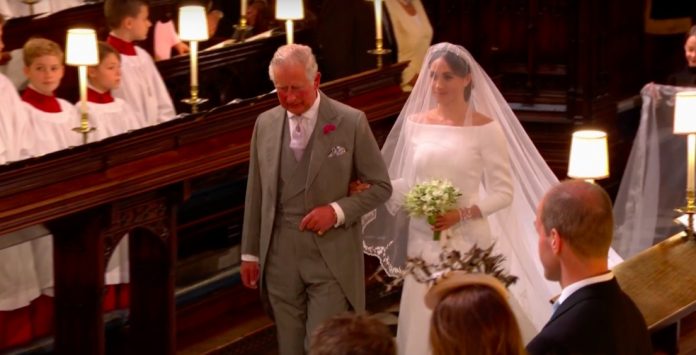 The royal wedding of Prince Harry and Meghan Markle took place on May 19 at St. George’s Chapel at Windsor Castle. However, there was a lot of drama a week before the ceremony. In addition to the rumors that Meghan made Kate Middleton cry, the Duchess of Sussex made headlines thanks to her father Thomas Markle. The former director of photography announced his decision not to attend his daughter’s wedding due to heart surgery.

Meghan Markle announced this on her official Twitter page. However, the absence of the father of the former actress caused serious concern. A lot of assumptions have been made about who will go down the aisle of graduates of “Force Majeure”. Some predicted that Megan would walk alone, and many thought that her mother Doria Ragland could accompany her. However, royal fans were in for a surprise, because it was Harry’s father, now King Charles III, who led the actress down the aisle. Although it was a very special gesture, Markle’s words before the ceremony took His Majesty by surprise.

Meghan Markle Made A Special Request

Before the ceremony, Meghan Markle asked Charles if she could enter the hall alone. As Robert Hardman mentioned in his book “The Queen of Our Time”, the former actress really wanted to walk around the chapel alone. She invited the king to join her in the second half of the walk. 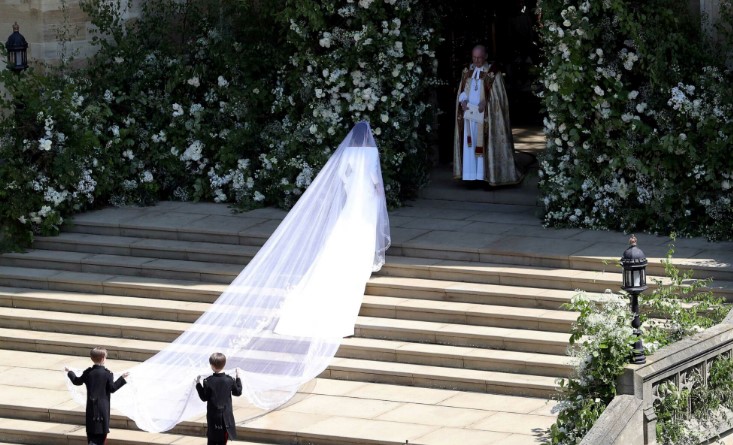 — Can we meet halfway? were Megan’s exact words quoted by Marca. Markle really made history on her wedding day by becoming the first royal bride to climb the stairs alone at St. George’s Chapel. It is noteworthy that it was Prince Harry who asked his father to walk Meghan down the aisle.

The Royal Prince made the revelation in 2018 during a documentary that aired on BBC One. “I asked him, and I think he knew this was going to happen, and he immediately said, ‘Yes, of course, I’ll do whatever Megan needs, and I’m here to support you.’ Harry told about it in a documentary.