Home Crypto What did Biden’s Fed candidates say about Bitcoin and cryptocurrencies? 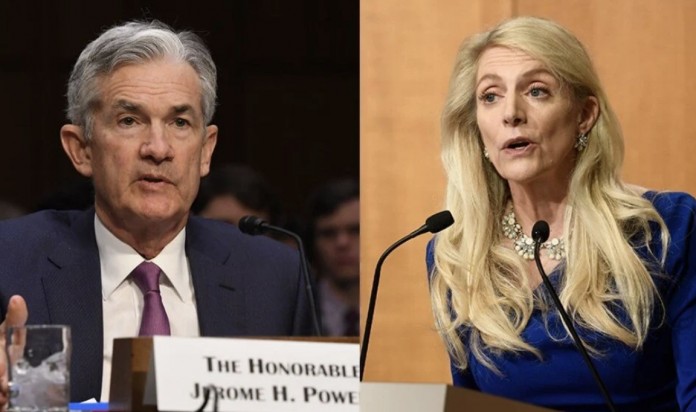 If approved by the Senate Banking Committee and the entire Senate, Powell will remain chairman, and Brainard will continue as vice chair at the Fed.

Undoubtedly, both names are closely related to the crypto money market due to their positions. This situation can be better understood from Biden’s emphasis on cryptocurrency regulations when announcing that he nominated Powell.

How did Powell and Brainard take a stance on cryptocurrencies and what did they say so far?

In general, moderate approaches are seen rather than hard attitudes towards cryptocurrencies. In 2018, when he took office for the first time as Fed Chairman, Powell acknowledged that cryptocurrencies pose serious risks for investors and said that they do not pose a threat to the financial system. “Cryptocurrencies should be regulated, but not by the Fed,” the president said.

While Powell did not come to the agenda with his statements against cryptocurrencies such as Bitcoin, he directly targeted Facebook’s crypto money project Libra. In a speech in 2019, he stated that Facebook’s cryptocurrency raises serious concerns about privacy, money laundering and financial stability. Facebook, which drew the reaction of other regulators around the world with this step, has already made important changes in its project to alleviate concerns. Libra changed its name and continued as “Diem”.

Established a similarity between Bitcoin and gold

Also in 2019, Powell established a similarity between Bitcoin and gold. Fed Chairman, “Bitcoin is a speculative store of value like gold.” he said. In another statement last March, he said, “They look more like gold than dollars,” this time referring to all cryptocurrencies. However, he argued that cryptocurrencies are mostly used for speculation. Of course, he avoided using the word ‘money’, saying ‘crypto-asset’.

By the way, Fed Board Member Waller recently said, “Bitcoin is essentially electronic gold,” and made a splash with this statement.

Lael Brainard, who was nominated for Powell’s vice president, came to the fore with a statement that digital assets pose high risks. In May of this year, Brainard said, “Distributed wallet technologies have advanced aspects such as increasing competition and lowering transaction fees, but it should be noted that digital assets also have high risks in terms of Bank Secrecy Act/anti-money laundering, cybersecurity, price volatility, privacy and consumer compliance. must. As the Fed, we follow developments in this area closely. We are working with all regulatory and supervisory institutions to close the existing gaps.”

It is known that Brainard is more sympathetic to the Fed’s creation of a central bank digital currency (CBDC) than Powell.

What do the experts say?

Biden’s Fed candidates are stated to be a good choice for those waiting for the Fed to issue a digital dollar.

On the other hand, research analyst Owen Tedford of the political consultancy Beacon said, “There will be a pro-regulation atmosphere, including in the cryptocurrency sector. In the long run, this is positive as it will provide legitimacy, but in the short run it can bring decline.” made its assessment.

Tighter regulation awaits the cryptocurrency market, according to Jonathan McCollum, head of federal affairs at law firm Davidoff Hutcher & Citron. McCollum also thinks that this will pave the way for continued growth in the industry.