Home Entertainment What Could The Second Season of “Wednesday” Look Like on Netflix? 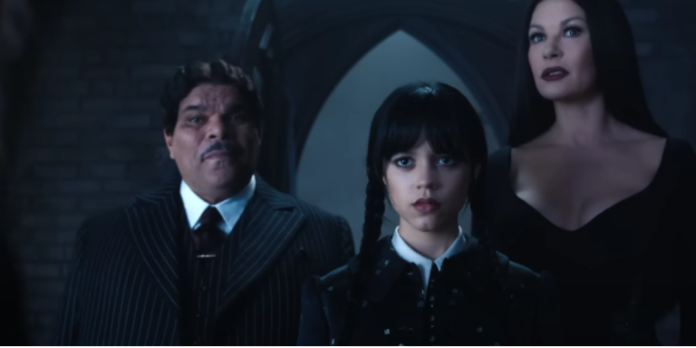 Netflix has just released another series that fans can’t tear themselves away from. And this time it marked the return of the Addams family. Leaving behind colorful school series like “Sex Education” and “I’ve Never Been,” “Wednesday” follows a darker theme. The series follows every goth girl icon, Wednesday Addams, as she tries to settle in or, in her case, not settle in at her new school.

Wednesday managed to find the perfect balance between sadism and comedy to give us an eight-part series. When Netflix announced Jenna Ortega’s project, fans were already thrilled. So it came as no shock that Wednesday became No. 1 on the streaming giant shortly after its release. But after watching the exciting series in one go, fans are wondering if there will be a season 2.

Is Netflix giving the green light to Wednesday’s second season?

The Addams family is already loved by many of us, and for the streaming giant to bring back a Gothic daughter with first-class witticisms was just an incredible idea. Spoiler: In this episode, she also says, “I eat Girl Scouts for breakfast.” The creators of this horror comedy are Alfred Gough and Miles Millar. The cherry on the cake, however, is that Christina Ricci, who played Wednesday in The Addams Family, is also part of the cast.

Four of the eight episodes of this mysterious masterpiece were filmed by Tim Burton. From a stellar cast to a brilliant storyline and mysterious characters, the Environment has everything you need to upgrade. However, Netflix has not yet made any official statements.

But the end of the first season gives enough room for another brilliant season in Nevermore. After all, Xavier has yet to get an answer on whether Wednesday will attend another semester.

“Yes? No? Maybe,” we feel you, Xavier. Miles Miller fully supports the second season of the show if his statement “We felt we had just touched the surface with these characters” for TVLine is true.

A writer will not write one brilliant novel, and then a tank. Definitely not if Wednesday Addams is the author, given her competitive nature. From the good reception to the storyline having potential for a new season, all the evidence points to Season 2 on Wednesday. And until Netflix gives the green light to the project, you can enjoy the wisecracks again on Wednesday.

Kris Jenner Announces She’s Running for President in 2024 in Viral...

The Walking Dead Season 11: Will there be a coup for...