Home Entertainment What could the New subtitle Zelda: Breath of the Wild Sequel Mean... 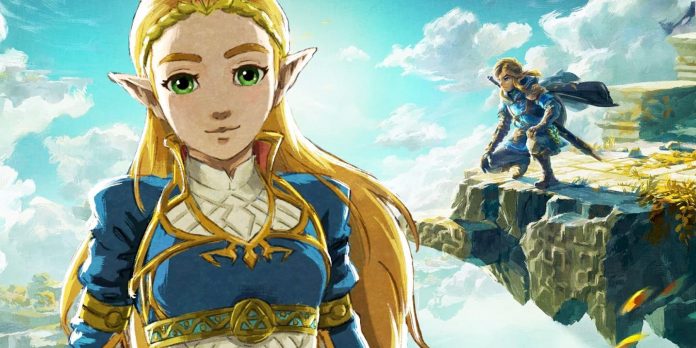 The latest release of Nintendo Direct was completed by watching a brand new trailer for the anticipated sequel Breath of the Wild, which is now officially called The Legend of Zelda: Tears of the Kingdom. Historically, Zelda franchise titles have allowed fans to get an idea of the upcoming game, especially with early titles like Ocarina of Time or Majora’s Mask, which are entirely centered around the objects mentioned in their respective subheadings. Unfortunately, the title The Legend of Zelda: Tears of the Kingdom seems to have left fans with more questions than answers.

Immediately, fans caught a possible double meaning in the title, suggesting that it could refer to a kingdom either torn apart or a kingdom grieving and shedding tears, both interpretations seem to suggest a dark direction for the series. However, the Japanese name suggests that these are tears of sorrow and crying. Although the Tears of the Kingdom trailer that accompanied Nintendo’s announcement is rather uninformative about the potential plot of the game, it still has a few hints that can point fans in the right direction.

Princess Zelda may die in tears of the kingdom

One possible interpretation is that the name refers to the inhabitants of Hyrule mourning their beloved Princess Zelda. This would potentially make Tears of the Kingdom Zelda’s darkest game to date, splitting one of Nintendo’s most iconic pairings. Nevertheless, Zelda’s death may become an integral part of the sequel’s plot development. As Zelda has gradually become a powerful figure against Ganon and other dark forces, removing her from the equation could make the world vulnerable again.

If Zelda dies, it will be Link’s greatest setback to date, forcing him to go in search of her return. Of course, there are many more options for continuing the plot: Link may be collecting ancient artifacts to gather the power to resurrect Zelda, or traveling through time, as in Ocarina of Time, to stop the events that led to her death. Despite this, a brutal emotional blow may be exactly what the sequel needs to match the success of its predecessor.

Link will gather tears to restore the main sword

Almost certainly, the Tears of the Kingdom will have to deprive Link of everything and return him to his circles. In the update trailer released earlier this year, astute fans noticed that Link is armed with a twisted, broken version of the iconic Master Sword. In the latest announcement trailer, fans see a mysterious figure surrounded by seven tear-shaped objects resembling Sacred Tears from Skyward Sword, which may hint at important objects in the upcoming game. Perhaps these two clues are interrelated, and Link is forced to search for artifacts to return the Master Sword to its former glory.

Be that as it may, Hylian Shield was also conspicuously absent from the earlier launch trailer, hinting that Link’s time-tested hardware could be at risk. While his journey will undoubtedly involve restoring these objects for a more important purpose, such as the return of Princess Zelda, focusing the game on Link’s iconic gear items can be a great way to weave fan nostalgia into the plot.

The subtitle may refer to floating islands in the sky

It is confirmed that at least part of the “Tears of the Kingdom” will take place in the sky, where Link will fly between various floating islands. However, this is far from the first time this has happened in the franchise, so Tears of the Kingdom will have to go a different way than Skyward Sword. Although it is difficult to say exactly which part of the kingdom has gone up in the air, perhaps it is this split of the earth that is the main focus of the new name. Kingdom Tears may simply refer to the shape of the floating islands in the shape of a tear.

However, this interpretation leaves the question of exactly how and why the kingdom is disintegrating in this way. There are a number of likely culprits for this, such as Ganon’s return to Tears of the Kingdom, the aforementioned possibility of Princess Zelda’s death, or any number of other unexpected twists.

The Flash: All About Season 8 Premiere