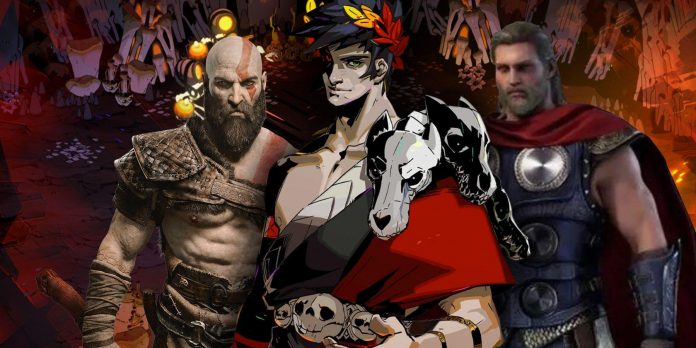 The two most important elements of Hades that distinguish it from other rogue-like games are its storytelling and setting. Playing as the young demigod Prince Zagreus, players must escape from the realm of their father Hades and get to the surface. Along the way, Zagreus is helped by the gods of Greek mythology, who give him gifts that endow him with unique abilities to fight the inhabitants of Hades itself. As players fail and succeed in their repeated escape attempts, they discover that there is a deeper story in the game than meets the eye.
Supergiant Games has done a great job smoothly connecting the history and the world based on Greek mythology with a genre that is not known for such things. Combining the constant death of rogue-like games with the realm of the dead itself was an ingenious solution that paved the way for many ways to build a world and characteristics. Hades works very well because of the setting of Greek mythology, but it may also be possible against the background of Norse mythology.
RELATED: 10 Indie Roguelike Games to Play If You Like Hades

Instead of players taking control of a demigod prince, Hades in Scandinavian mythology should play the main role of a Viking warrior who died dishonorably. This not only prevents him from entering the halls of Valhalla (the place where those who died in the glorious battle enter), but also ensures that he will not have a free passage to this place (what the Scandinavian gods and their relatives have). This dishonored warrior is so ashamed of his death that he fights through the kingdom of Helheim to get to the gates of Valhalla.
The inhabitants of Helheim stand in the way of the players, including lost souls and creatures controlled by the goddess Hel. After passing through several levels of Helheim residents, players must defeat Hel herself before they can get to Valhalla, which is guarded by Valkyries. But just as Hades prevents players from truly completing the game on the first successful escape, the Valkyries in this game consider the Viking warrior unworthy and send him back to the bottom of Helheim. Only by escaping several times and gaining enough strength, players will be able to truly complete the game and get into the sacred halls of Valhalla.

A little help from God

Of course, a game like Hades would be incomplete without the gods themselves. The Scandinavian gods in this game sympathize with this Viking warrior, especially because of his achievements during his lifetime. Although the gods can’t do anything about his plight (it would be against the rules of Helheim and Valhalla), they give him gifts to help him get to Valhalla. Gods such as Thor, Frigg, Hodr and Odin provide assistance with their unique bonuses that can modify and add special skills to the warrior’s arsenal. Even Hel, despite her inability to help the Viking in his first few escape attempts, eventually gets closer to him and gives him his own good.

As the game progresses, players begin to learn more about the untimely death of a Viking warrior. As it turns out, their character was unfairly betrayed by a loyal Viking comrade, who, due to an instant fit of jealousy, killed the main character. Players eventually find this former comrade when exploring Helheim, as they were killed by a Viking tribe for killing the main character. This is just one of the many plot points that a game similar to Hades can affect, along with the themes of death and the need to separate those who died in battle from those who died in other ways.
Having reached the gates of Valhalla enough times, players can fight Valkyries to redeem themselves and become worthy to enter the halls. This boss fight is much more difficult than with Hel, and opens up the true ending of the main path. When the main story is completed, the Valkyries suggest that the Viking find similar souls in Helheim and bring them to Valhalla. Wearing these souls works just like Hades’ Punishment Pact, as they are accompanied by various debuffs that weaken players, as well as give more rewards if they complete an escape. These rewards can be in the form of new weapons, trinkets donated by the gods, and additional currency that can be spent on improvements.
At first, the placement of Hades in such a world may seem strange, but Greek and Scandinavian mythology have so much in common that it will not be difficult to make the transition. Gods, creatures and stories have a long history surrounding them, and this will allow a wider audience to get to know the Scandinavian pantheon from a completely new perspective. It seems wrong for Supergiant Games to make a game so similar to Hades (it’s just not in their DNA), but the foundation for a Scandinavian-themed game has already been laid.
Hades has already been released for PC, PS4, PS5, Switch, Xbox One and Xbox Series X|S.

Elden Ring Culminates The Game Awards 2021 With A New Story...