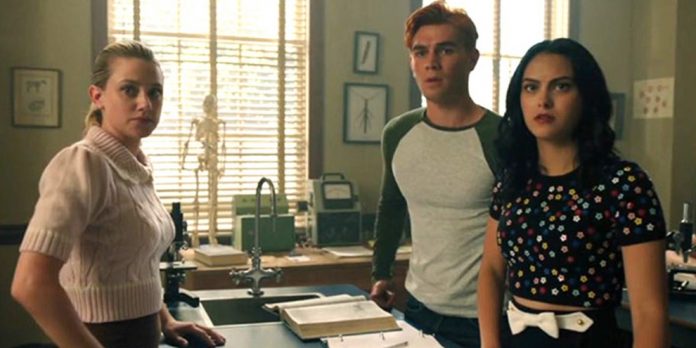 When it comes to something as hackneyed as a Riverdale love triangle many wonder, is that really the best you can do? It seems as if the quality of the plot is declining in the series.

The participants of this triangle are three of the main cast of Riverdale being them: Archie Andrews (KJ Apa), Betty Cooper (Lili Reinhart) and Veronica Lodge (Camila Mendes).

The first season of Riverdale laid the groundwork with Betty pining for Archie, the boy next door who had recently become a jock playing guitar, but her childhood best friend was unable to return her feelings.

Things got complicated when the four of them needed to stage an extremely elaborate fake death for Jughead (Cole Sprouse) to escape an actual assassination plot in Riverdale season 4.

Betty’s unresolved feelings resurface and to the surprise of her and her fans, Archie begins to reciprocate, for no other apparent reason on Riverdale.

At this point, given the history of the three in Riverdale, a bit of polyamory wouldn’t be totally unnatural, but it would be something much cooler than the triangle drama we’ve seen so many times in so many other places like The Vampire Diaries.

That’s not to say that lack of originality in itself is a problem – a good story doesn’t have to reinvent the wheel. But in Riverdale’s case, the bar has been raised so high that viewers are just waiting a little longer.

Archie, Betty, and Veronica exploring a polyamorous relationship may seem like a dead end for Riverdale, dramatically speaking, but given how hidden this kind of non-traditional relationship remains in mainstream media, there’s a lot to dig into.

Selena Gomez introduces the “Get Ready With Me” Beauty