Home Entertainment What Chloe Bailey is looking for in a partner 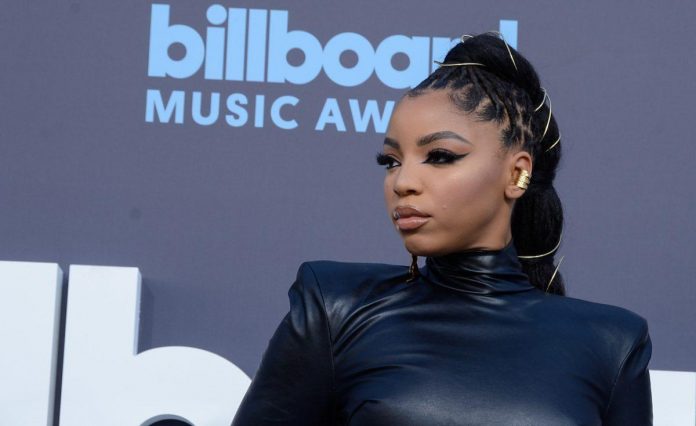 When it comes to romantic relationships, former Grownish star Chloe Bailey expects the best. The singer has been linked to people like Future and her former film partner, but she insists she’s taking her time to find and develop an affair with the perfect man for her. Recently, she listed the qualities that her partner should have.

Chloe Bailey told what she is looking for in a partner

The Have Mercy singer spoke with Justin Slivester from E! News’ Daily Pop about what she’s looking for in a partner. More than anything, she shared her deal breakers.

“Don’t be impertinent,” she said firmly. “Don’t play with me. You’d better answer me. Do not have long nails. You better smell good.

Chloe also said that she is ready to date a man older than her, even if he is 10 years older than her. “I have a mature soul,” the 23—year-old said. “I need someone to teach me some things, because I’m going to teach them some things. If you know what I mean?”

She has previously been linked to several famous men, including Future and most recently Gunna. The singer denied rumors that she and Gunna were a couple, despite the fact that they seemingly spent Valentine’s Day together. She says she enjoyed working with him on their single “Me & You” and said they were just friends. He was recently arrested on charges of RICO and was denied bail.

Earlier, she said that she focused on herself

Chloe’s romantic life is always in the spotlight of her fans. During a recent appearance on The Breakfast Club morning radio show, she explained why she is not married. “I feel like everyone wants to know about my personal life. My personal life is music, dear,” she said.

In fact, she says she’s taking her time in the dating world. In an interview with Allure Magazine, she said that she “finds out the true intentions of the guys.” An avowed hopeless romantic, she wants to act differently moving forward.

“I’m not the kind of person who bases [things] on appearance. If their hearts are made of gold, I’m thrilled,” she explained. “I just want them to appreciate my nerdy side, my work ethic and be my best friend. It has to be someone really intelligent because it’s sexy. You can teach me something,” she added.

Her latest single was inspired by a breakup

Although she says she’s single now, she’s had her share of heartbreak. But she learns from every lesson and puts pressure on any man she blesses with her company moving forward.

Her latest single “Treat Me” is proof of that. The song is an anthem for women, so that they do not agree to a relationship where men do not approach the plate.

“I was breaking up a relationship and I just really felt like I didn’t need to tell someone what I needed,” she told PEOPLE Every Day. “It’s time to just give myself the love I’m looking for. That’s where the inspiration for [Treat Me] came from.”

John Wick 4: Bill Skarsgård Talks About His Involvement In The...