Home Tech What Changes Are There With Respect To Facebook And How Does It... 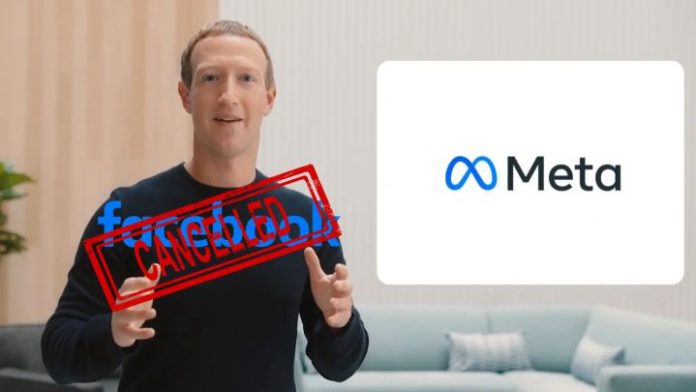 Facebook is no longer Facebook. Facebook is now called Meta. No, it is not that when you open the Facebook social network application tonight or tomorrow it has suddenly changed its name, but that it has been the company that Mark Zuckerberg created around his social network that has changed his name. Now is Meta, and do not worry because it is a corporate change, business and that will not affect your Facebook account.

Facebook already has more than 10,000 employees building consumer hardware, such as augmented reality glasses, which Zuckerberg believes will eventually be as ubiquitous as smartphones. In July, he stated that, in the next few years, “we will move from people seeing us primarily as a social media company to being a metaverse company.”

Aside from Zuckerberg’s comments, Facebook has been laying the groundwork for a greater focus on the next generation of technology. Last summer he created a team dedicated to the metaverse; most recently he announced that AR and VR chief Andrew Bosworth will be promoted to chief technology officer. And recently, Facebook announced its plans to hire 10,000 more employees to work on the metaverse in Europe.

But what exactly does it consist of?

Term originally coined by the science fiction novelist Neal Stephenson to describe a virtual world to which people escape from a dystopian real world, the metaverse in the words of the creator of Facebook “is going to be a great focus of attention, and I think it is going to to be an important part of the next chapter in the evolution of the Internet after the mobile Internet. And I think it is also going to be the next big chapter for our company. ”

Change of name, the social network one more service

The change of brand, more at the corporate and business level, will not affect the day-to-day operations of the social network. In other words: Your Facebook account will not become a Meta account, but the company that runs the social network Facebook will no longer be called the same, but will now be Meta.

With this, the Facebook social network that made it famous will become yet another of the company’s services, such as Instagram, WhatsApp, Oculus and others. The new name does not change anything for the main services Facebook, Instagram, Messenger and WhatsApp, which will continue to be known by their current names.

But the services could have more metaverse-oriented experiences over time, given that the intention of Zuckerberg and his is to create a connected personal universe – like Xiaomi’s with their devices. Instagram chief Adam Mosseri said users could expect “a more immersive Instagram experience in the metaverse,” but did not go into further details.

Future Meta CTO Andrew Bosworth notes that some “relevant products and services” will also be rebranded, such as the Portal line, which will eventually adopt the “Meta Portal” brand. The company also plans to “retire” the Oculus name, and VR products will be encompassed under the Meta identity.

Vivo Origin OS Ocean, Which Will Change The Android Experience, Has...