Home Entertainment What caused the zombie outbreak in Netflix’s Resident Evil (and when)? 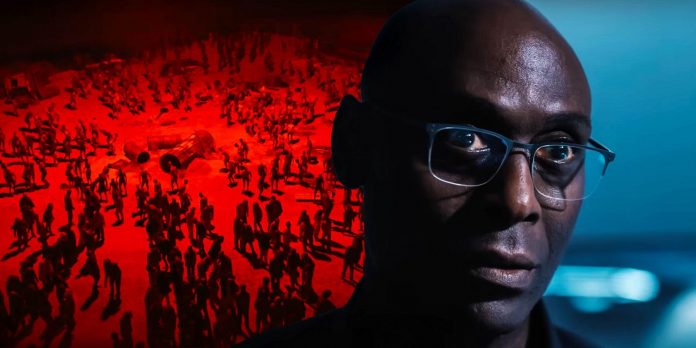 Netflix recently released a trailer for the long-awaited series Resident Evil, which has some hints about how and when the zombie outbreak occurred. The upcoming show doesn’t follow the game’s storyline; rather, Netflix’s Resident Evil adaptation introduces new characters and reinvents the zombie outbreak that destroyed Earth. It deviates from the typical horror setting that viewers might expect from creepy dilapidated mansions and underground labs, instead opting for a reflection of the “Walking Dead”, paving the same apocalyptic path.
The action of the futuristic eight-part television series “Resident Evil” takes place in 2036, when people are fighting for survival after surviving the T-virus. It also follows the events of the 2022 apocalypse after the main character of the Resident Evil TV adaptation, Jade, moves to New Raccoon City, built by the controversial pharmaceutical company Umbrella Corporations. Netflix’s Resident Evil moves between these two timelines, exploring the relationship between the show’s characters and the events that led to the new zombie attack.
Related: Netflix’s Resident Evil Misses the Franchise’s Best Secret (Again)
The Resident Evil trailer hints that the zombie outbreak is linked to Albert Wesker, Jade’s father, who is developing a new drug called Joy. It is designed to work as an antidepressant and counteracts anxiety and obsessive-compulsive disorder, but unfortunately contains strains of the deadly T-virus, known for changing human biology and creating monsters in the process. Once again, Wesker returns as an evil mastermind working for Umbrella to flood the world with bloodthirsty creatures, triggering a new apocalypse. Instead of a sci-fi horror movie, “Resident Evil” from Netflix builds its story around the Umbrella conspiracy and delves into how Jade and her family fit into the plot.
How does a Zombie Outbreak Happen in Resident Evil Games
In all four Resident Evil video games, zombies are the main element, a biological weapon emanating from the T-virus, a mutant strain developed by Umbrella Corporation, where Wesker works. The outbreak in Raccoon City, for example, was caused by certain actions of Umbrella employees: one of them released the T-virus in the Raccoon Forest, and the other released the G-virus in the city. Umbrella’s influence in the city media helped them dispel suspicions that the city’s water supply, where their employee dumped the G-virus, was infected.
In Netflix’s Resident Evil TV adaptation, the T-virus returns, leaving few survivors and hundreds of zombies roaming the Earth. Showrunners say that the series is a new version of the old storyline for its adaptation, which is quite a refreshing approach, given that previous adaptations of Resident Evil have stuck to the old theme. Netflix’s decision to rework the story confirms the assumption that the TV adaptation of Resident Evil may be the best in the beloved franchise.

Grey’s Anatomy: The 10 Most Painful Breaks in the Series