Home Celebrity What caused Rachel DiPillo to leave the drama? 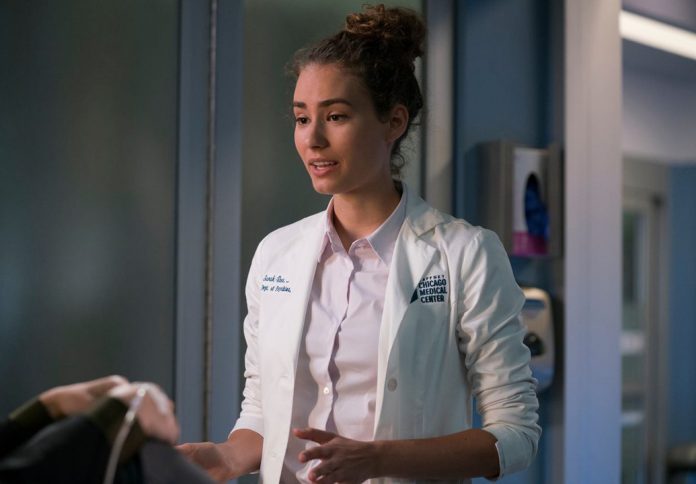 Many of the series of the moment are famous for the way in which their characters leave the series in full success. As was the case with actress Rachel DiPillo, who was the first actress to disappear in a very strange way from the Chicago Med series.

And is that for three seasons, DiPillo played the medical student who later became a resident of psychology, Dr. Sarah Reese in the medical drama.

However, after his participation in the three seasons of Chicago Med, during the premiere of season 4, Reese abruptly left for Texas and disappeared without a trace, since he was never seen again and has hardly been seen. mentioned since then.

And while fans are still talking about what happened to Dr. Connor Rhodes (Colin Donnell) and Dr. Ava Bekker (Norma Kuhling), Sarah Reese seems to have largely faded. This whole situation is, and always was, a little strange.

And it is that although Reese did not represent the most dynamic character of Chicago Med; she always seemed like she had no idea what to do with her life, probably because the show didn’t know what to do with her. Dr. Reese went from medical student to psychology resident in three seasons, only moving forward with the last one.

She was originally supposed to be Chicago Med’s world audience representative, as she was new to the hospital, but that was lost when stronger personalities like Connor and Dr. Will Halstead (Nick Gehlfuss) caught the eye of the spectators.

However, what was very clearly demonstrated during Chicago Med season 5, the first full season of it without her, is that Reese had a pivotal role to play in the series; since she presented herself as a valuable companion to Dr. Daniel Charles, played by actor Oliver Platt, and without her there, her character has not been the same.

Getting rid of Reese also meant getting rid of her dedicated psychological stories from her in every episode of her. Instead of Charles and Reese working together on each case, now the series is developing mental health issues in other plots; and having Charles attend to all of them.

There is no doubt that it has also been interesting to see Charles interacting with different characters; however, it’s hard not to see him work closely with Reese in consultations; especially when the psychological element is the most important.

Even though Chicago Med’s focus shifted more to Charles’s personal life, Reese would have been helpful. She could have supported him with the death of his wife Caroline (Paula Newsome) and helped him with her parenting problems.

This, because Charles’s daughter is a young woman who feels the distance from her father; such as the case of Reese who is also young and had been through the same situation for many years.

In this sense and amid the lack of clarification regarding Reese’s departure from the series, it has never been revealed if this was due to the producers’ idea, or if Rachel DiPillo really wanted to leave the show.

Practically Reese, she has become a character that already lacks identity in the Chicago Med series; as she has not been seen at any of the weddings that have taken place in the series since then. Although Sarah Reese may not have been the most important character in Chicago Med, she deserved a little more from her for all the plot related to her since the beginning of the series.