Home Tech What can we expect at the September 14 Apple event? 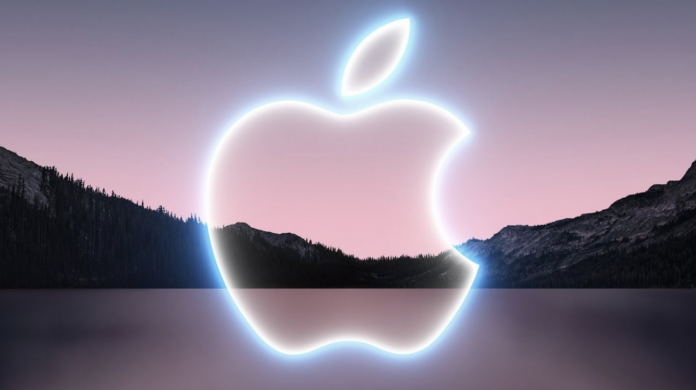 There are days left for Apple’s new iPhone series introduction, an event that technology enthusiasts expect every September.

Apple holds its annual event on Tuesday, September 14, where it introduces new iPhone models. The event will be completely digital this year, as it was last year. We’ve been hearing rumors about what’s going to happen for months, now we’re only 3 days away to see if these rumors are true. So which products will be introduced?

iPhone 13, Apple Watch 7, AirPods 3 and more are waiting for us

At the event, we expect new Apple Watch bands and iPhone cases to be introduced, as well as the new iPhone 13 models and Apple Watch Series 7 models. We may also see AirPods 3. However, this event may focus more on the iPhone, as there are rumors that Apple will hold multiple events in the next few months to unveil the new iPad and M1X MacBooks.

In this article, we share with you the data we have heard so far.

The iPhone 13 models will be nearly identical to the iPhone 12 models, with a few design changes. However, newer models may have slightly thicker cases. There are rumors that there is a darker graphite gray tone and bronze color option in the series, where new colors are also expected. The pink or Rose Gold color of the phone in the previous series has not been confirmed like other colors.

Rumor has it that the power button, mute button and volume buttons might be a little smaller. Some of the biggest design changes to the phone come to the camera. The iPhone 13 Pro will have a larger camera bump, and the iPhone 13 mini and iPhone 13 will have diagonally arranged lenses.

The expectation that the notch will get a little smaller every year, starting with the iPhone X model, is expected by everyone this year. We will see together how Apple will respond to these expectations.

The iPhone 13 Pro models are said to feature a 120Hz ProMotion display to bring the iPhone on par with the iPad Pro. This will be made possible by the new low-power LTPO backplane technology that could also facilitate the always-on display feature found on current Apple Watch models.

iPhone 13 models will feature a 5-nanometer A15 processor and, like every new A-series processor, is expected to bring faster performance and efficiency improvements that will increase battery life.

There are rumors that Apple is using larger batteries in all iPhone 13 models that could provide longer battery life. But the always-on display and 120Hz refresh rate can consume some of that on Pro models. While the possibility of wired charging support up to 25W is stronger, the reverse wireless charging feature seems to remain only in guesses.

Apple Watch Series 7 will come in 41mm and 45mm size options instead of 40mm and 44mm. This, combined with thinner bezels, will allow for significantly larger displays, including a new lamination technique that brings the display closer to the watch’s surface.

The new model will feature an updated S7 processor, and since it is in a smaller build, it will leave more room for other components such as the larger battery. New wireless connectivity support is also expected as an enhanced version of the existing U1 Ultra Broadband chip.

It is known that Apple has some difficulties in increasing the mass production of the Apple Watch 7. Therefore, it is not clear at the moment whether we will see it at the event to be held on Tuesday.

Apple’s most affordable in-ear headphones, AirPods 3, may appear at this event with their AirPods Pro-like appearance. However, this possibility is currently less than the possibility of introducing the Apple Watch 7 and iPhone 13. Apple may also introduce the AirPods 3 wireless headphones at the event it will organize in the coming months.

According to the information revealed to date, a shorter body AirPods Pro design is expected, and it is estimated that the new AirPods will not have the same silicone tips and will come with silicone-free tips like AirPods 2. The new series, which will not have a feature such as Active Noise Cancellation in order to be more affordable, will be updated with the updated version. It will come up with an ir processor, increased connection distance and improved battery life.

Apple is expected to release iOS 15, iPadOS 15, watchOS 8 and tvOS 15 a few days before the new iPhone models go on sale.

For example, if iPhone models are announced on the 14th and released on the 24th, there is a chance that software updates will launch on the 22nd.

Alternatively, some software updates could arrive on the 15th if Apple repeats the path it took last year. Either way, Apple will announce the software launch dates on the day of the event.