Home Entertainment What can Sonic Games learn from movies and movies? Comics 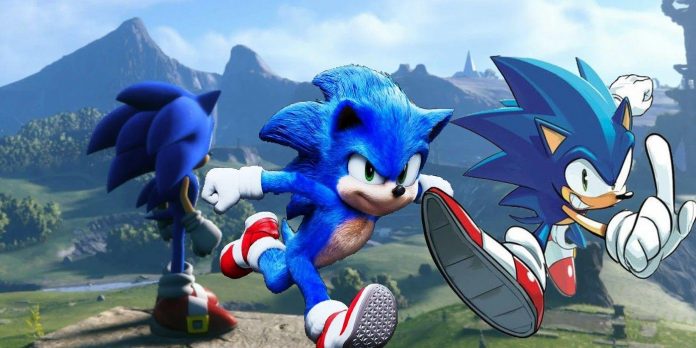 The Sonic The Hedgehog games severely lack focus, and thus should start taking cues from their comic and movie counterparts. Whatever else can be said about the quality of the recent movies and IDW comics, they stick with the idea they start out with and expand upon it – a kind of discipline that Sonic Team cannot seem to muster for very long.

The Sonic movies and comics have reached an acclaim among fans and casual audiences alike that the games haven’t seen in a while, due to their entertaining stories, interesting interpretations of the world and characters, and confidence in the core appeal of the property. Meanwhile Sonic Team seems incapable of not throwing away whatever it adds in one game to chase after another idea for the next. While the “boost era,” as the fandom has deemed it, lasted for a while, Sonic Frontiers’ gameplay trailers show that tried and tested idea being thrown aside for shiny new gameplay gimmicks.

While there’s nothing inherently wrong with experimentation, and indeed it may be just the thing to get a franchise out of a rut, one must have a status quo in order for anything new to be considered experimental. Otherwise it’s just being creatively scatterbrained. The Sonic games need to take notes from its spin-off material in order to learn this creative discipline.

The interesting thing about 3D Sonic games, and even handheld 2D ones like Sonic Battle, is that they’re all built from solid starting ideas. Even if the games themselves aren’t cutting edge, it’s rarely something a bit of refinement can’t fix. Sonic Team, however, seems rarely interested in exploring ideas past a single game. The past decade saw some consistency with the “boost” formula introduced by Sonic Unleashed and made popular in the rollercoaster ride of Sonic Colors, but even that was hampered by Sonic Team’s apparent need to reinvent the wheel, as seen in the unfocused Sonic: Lost World and the mediocre Sonic Forces.

Related: Is Sonic Colors: Ultimate A New Game Or A Remaster

Experimentation is key to keeping a franchise alive across several years, decades in the case of Sonic The Hedgehog, but the difference between Sonic and other properties is that Sonic Team hasn’t waited until the series has a status quo before throwing everything built out the window, never to be touched again. It’s to the point where there is zero reason to believe that anything introduced in Sonic Frontiers’ hands-on previews will be repeated in a following game. In this respect, and many others, the Sonic games are severely outclassed by both the movies and comics.

Fundamentally, what the Jeff Fowler Sonic movies and the IDW comics by Ian Flynn and Evan Stanley do that the games don’t is maintain a consistent idea, at least to a point where the idea is explored to satisfaction before moving on. The first Sonic movie is a fish out of water story, but once that idea is explored to its fullest throughout the first movie, it moves on, since those narrative tropes were mainly setup for the story beats Fowler wanted to actually get to in the sequels. To Sonic Team’s credit, it’s not as if it’s completely ignoring the movies, as director Morio Kishimoto has gone on record about how the Sonic movie has influenced Frontiers.

The IDW comics definitely deserve to be considered alongside the movies, though, as they are arguably the better narrative of the two. Ian Flynn has been writing Sonic since 2006, starting with the Archie series and continuing into the IDW series after the former was cancelled. What makes Flynn’s writing so entertaining is that he understands the material on an intimate level that can only come from writing the same property for almost 20 years, but also knows how to shake up that material to make it seem fresh and new without fundamentally changing it to an extent that Sega would be uncomfortable with. During the Archie years, Flynn, writer for the Sonic Frontiers story, skirted the fact that he can’t fundamentally change Sonic as a character by changing the world around him, used to an impressive degree during the New Mobotropolis Saga, which contains the Sonic comics’ harsh critique of democracy. Sonic as a character must remain in a safe marketable box, but the comics have always been good at rearranging the space around that box in new and interesting ways.

Lessons The Sonic Games Can Learn From The Movies And Comics

From a writing standpoint, the obvious answer to what the games should take from the movies and comics is consistency and evolutions. Mario doesn’t have a continuous story, so its world is allowed to make no sense. Sonic games, on the other hand, have constantly played with the idea of having an actual narrative in their games, so having a world – including Sonic Frontiers separate stages like Cyber World – that makes some kind of logical sense is key. This is one of the many reasons why the Sonic movies were live-action and took place in the human world. Also, while it may be imperative to Sega to keep Sonic in his most marketable form as a character, the world around him can be changed and evolved freely.

From a gameplay standpoint, the answer is to maintain a solid formula and experiment around it. Going back to Mario, the core of that series’ formula was expanded with Super Mario Odyssey, but it was left intact as a foundation. The Sonic games had solid core mechanics with the boost formula, there’s no reason to completely abandon it, even if Frontiers ultimately turns out to be a one-time deviation. When a solid formula is established, more wonderfully odd material can be made off of it, like the extremely strange plot of Sonic Adventure 2.

Sonic The Hedgehog’s eclectic nature, it’s been argued, has been part of the reason it still maintains such a strong following, but if Sega wants the games to keep up with its far more successful spin-off material, then changes need to be made. A formula needs to be decided on and stuck to from here on out, and the world needs to be fleshed out and better established if the games are going to keep trying to tell actual narratives. Otherwise, the Sonic The Hedgehog franchise is going to keep making the same mistakes, and people are going to forgive it less and less.