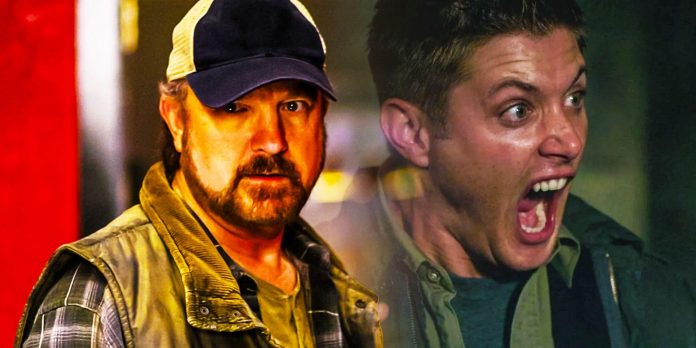 Of course, Bobby Singer knows Japanese. Here is an English translation of his witty remark from the 4th season of “Supernatural”. Played by Jim Beaver, Bobby Singer started “Supernatural” as a one-time supporting figure, and then turned into the main character and father figure of the Winchester brothers. What Bobby lacks in youth and entertainment, he more than makes up for with experience, knowledge and training. No matter how close Sam and Dean think they know Bobby, he constantly surprises the siblings with a seemingly endless set of tricks.

This set of tricks turns out to be incredibly useful during the “Yellow Fever” episode of season 4 of Supernatural. Winchesters in Colorado are investigating a series of sudden deaths for no apparent reason. Analyzing the corpses and delving into the personal lives of the victims, Sam and Dean come to the conclusion that each death was caused by pure fear, but the case becomes more personal when Dean himself falls ill. Wisely turning to Bobby Singer for help, the Winchesters find out that a “ghost disease” is to blame, but without knowing the specific spirit they are dealing with, they cannot kill him.

Related: Why in “Supernatural” Crowley’s eyes were red, not black

Bobby arrives just in time, carrying a very dusty book of ghost lore from Edo period Japan, pointing out a special fear-inducing variety called buruburu. Sam Winchester’s very first reaction is to ask how Bobby can decipher a book written entirely in Japanese characters and ask, “Can you read Japanese?” with more than a hint of surprise. Bobby duly replies, “Kimi ga umareru mae kara zutto dayo,” which roughly translated into English means “long before you were born.” In the episode “Weekend at Bobby’s” of the sixth season of Supernatural, an encounter with another unpleasant Japanese monster (okami) reveals more: Bobby visited Japan a few years before the beginning of “Supernatural”.

When did Bobby learn Japanese in Supernatural?

Supernatural’s Sam Winchester was born in 1983, so if Bobby learned Japanese while hunting “long before that,” it must have been in the 1970s. Bobby was born in 1950 and, like John Winchester, began his hunting career when a demon killed his wife as an adult. “Supernatural” never reveals exactly when this happens, but the timeline of the backstory confirms his claim of knowledge of the Japanese language. Bobby begins hunting with Rufus in the early 1970s, their adventures take them to Japan to meet Okami, where Bobby learns the local language, and then back to the United States to meet John Winchester and his sons in the late 1980s. Bobby wasn’t bluffing—he could have studied kanji ten years before Sam Winchester was born.

“Supernatural” never rules out the possibility that Bobby Singer learned Japanese before becoming a hunter. However, without wanting to create stereotypes, it seems unlikely that a rural car recycling worker will have the time or reason to become multilingual. Bobby also demonstrates knowledge of French, Latin, and other secret languages during his career in Supernatural, suggesting that Japanese lessons were taken specifically so he could understand the knowledge surrounding monsters from the country’s vast legends.

The perfect replacement for Ezra Miller in The Flash is Wonder...