Home Entertainment What Awaits The Universe of The “Walking Dead”? 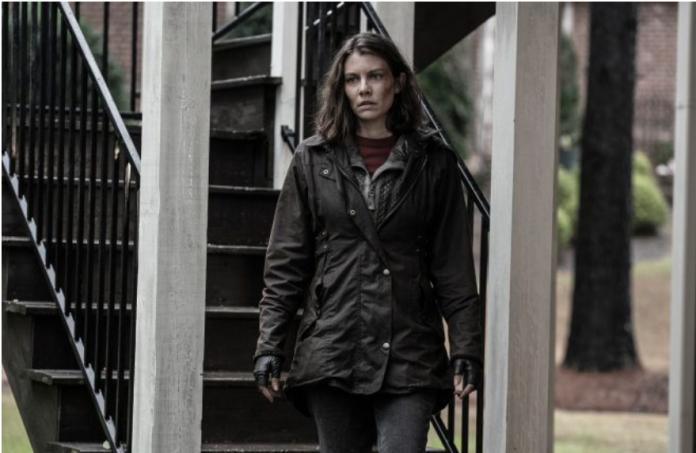 It all started with former Deputy Sheriff Rick Grimes waking up from a zombie apocalypse, and now it’s over… well, that would ruin everything, wouldn’t it? But yes, you read it right: “The Walking Dead” is about to end its 12-year broadcast with the completion of the 11th and final season, which will air in the United States on Sunday (November 20).

How many shows currently make up the Walking Dead universe?

There are two “Walking Dead” spin-offs on the air, but more are planned

“Fear…” wrapped its seventh season back in June, but filming for the eighth season is already well underway in Savannah, Georgia (marking the move from Texas), and the air date is expected to be in 2023.

The eighth season will “reinvent the series a bit,” said director and executive producer Michael E. Satracemis in the companion show Talking Dead: The Walking Dead Universe Preview 2022 back in August. “To get a whole new palette for visual work and a lot of these low—lying, beachy areas as a backdrop is what our characters [will] move through.”

The anthology series Tales of the Walking Dead, featuring “six original high-stakes life and death stories about survival with a stellar cast of both new and familiar characters confronting the walking apocalypse,” debuted in August before ending. it will be completed in September. However, there has been no word yet on whether the second season of Tales… has received the green light from the AMC TWD network.

It’s also worth noting here that the spin-off “The Walking Dead: The World Beyond,” which debuted in 2020, ended its planned two-season run back in December 2021. , ‘or something else. We’re going to go through two seasons. There will be 20 episodes in total,” World Beyond showrunner and co—creator Matt Negrete told EW in 2020. “It’s difficult because we need to fit a lot into these 20 episodes. But at the same time, it’s great to approach it knowing what you’re working on.

So what will happen next in the universe of “The Walking Dead”?

A lot of familiar faces are heading new projects…

The original TWD series is no more, but that doesn’t mean we’re already done with our characters.

Let’s start our review with “The Walking Dead: Dead City,” in which Lauren Cohen and Jeffrey Dean Morgan will play their roles of Maggie and Negan, respectively, and wander through the streets teeming with zombies… New York? The sworn enemies are going to reunite in a new series with the helmet of Eli Giorne, which will air in April 2023 and “represents Maggie and Negan’s journey to post-apocalyptic Manhattan, long cut off from the mainland,” according to the official description of AMC. . “The crumbling city is filled with the dead and the inhabitants who have turned New York into their own world full of anarchy, danger, beauty and horror.”

Do you want more? Well, what about another by-product of the original TV series dedicated to everyone’s favorite biker with a crossbow Daryl? The action called “Daryl Dixon” will be transferred to France, where Daryl (played by Norman Reedus) somehow ends up in Paris after the events of “The Walking Dead”. The big question is, “How did Daryl get to France in the middle of a zombie apocalypse?” It will be addressed, apparently: “[Daryl] wakes up and finds himself somewhere on the European continent and is trying to piece together what happened,” AMC president Dan McDermott recently said about the premise of the new show. “How did he get here? How is he going to get home?

While Clemence Poesy and Adam Nagaitis have been cast to star in the new show with Reedus, one actor who won’t be playing is Melissa McBride, who plays Carol in TWD. Initially, the spin-off was supposed to focus on both Daryl and Carol, but McBride dropped out of the project back in April because “moving to Europe became unprofitable for Melissa in terms of logistics.” However, Reedus teased that “familiar faces” will return in “Daryl Dixon,” which is scheduled to premiere in 2023.

Last but not least, this is the long-awaited Rick & Michonne series. First announced back in 2018 as a series of films, the six-part project, which will reunite Andrew Lincoln and Danai Gurira (who is also considered a co-author and co-writer of the script) in their main roles, has since been reduced to a spin-off television series, which will take place in a previously unknown new place.

Billed as an “epic love story”, the synopsis of “Rick and Michonne” reads: “This series is an epic love story of two characters who have been changed by a changed world. Separated by distance. An irresistible force. The ghosts of who they were. Rick and Michonne are thrown into another world built on a war with the dead… and finally on a war with the living. Will they be able to find each other and who they were in a place and situation unlike anything they’ve ever known before? Are they enemies? Lovers? Victims? Winners? Are they alive without each other—or will they discover that they are also walking dead?”

Production on “Rick and Michonne” will begin in January, and the show will be TWD’s third spinoff, set to debut in 2023. The end of the Walking Dead? Some might say that this is just the beginning…

GeForce Now Receives A New Wave Of Additions With Sifu As...

The Batman: Movie Runtime Us Revealed And Surprises; Look!