Home Celebrity What awaits Pete Davidson after his official departure from the show “Saturday... 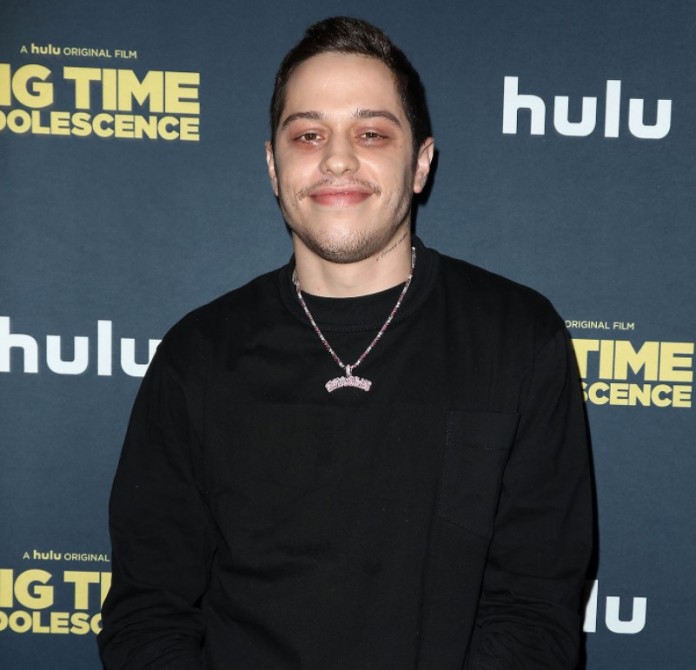 What’s next? Pete Davidson has officially closed his chapter on Saturday Night Live, but the comedian is still busy and busier than ever thanks to his new series, Boopkis.

Davidson, 28, debuted on the NBC comedy show in 2014 and confirmed on Saturday, May 21, that he was leaving after eight seasons. The New York native, who doesn’t have his own social media account, took to SNL writer Dave Sirus’ Instagram to reflect on the ups and downs of his career.

“This video was shot 8 years ago. Jarrod sent it to me last night and it really excited me. In the video, I just got back from my first update and sketch,” the “Set It Up” star wrote along with a video of him hugging Jarrod Carmichael. “It’s crazy to think that today I’m going to do my last one.”

The Guy Code graduate gave his last “Weekend Update” performance during the season 47 finale on Saturday, hosted by Natasha Lyonne. Preparing to say goodbye, Davidson said that he feels most comfortable at the iconic SNL table.

“When I got the show, I was 20 years old and I had no idea what I was doing. I still don’t, but especially then. I wasn’t really a sketch artist, I was just a stand—up,” he continued on Instagram. “I knew I would never be able to keep up with Kenan Thompson or Kate McKinnon or fight them, so I was very afraid to find out what I could bring or do for such a historic, respected show and platform. I decided that since I’m a stand-up, I’ll just try my stand-ups and personal bits in the Weekend Update on behalf of myself, and I’m so glad I did it. I share so much with this audience and literally grow up in front of your eyes. We’ve been together in good times and bad times, in the happiest and darkest times.”

Davidson said goodbye to the Emmy Award-winning series, noting that participating in the series taught him “life values” that he will never forget. “SNL is my home. I am so happy and saddened by today’s show. For so many reasons I can’t explain,” he concluded.

The comedian’s status as an SNL actor has been a hot topic over the past few years, and Davidson has often hinted that he’s ready to move on to new projects. “Everything is up in the air now, it just depends on the schedule,” he admitted during an interview with Gold Derby in June 2021.

A month earlier, he told The Hollywood Reporter that he was “surprised” to have lasted so long on the late-night show, and pointed to other SNL greats for future inspiration.

“There’s this aura around Eddie Murphy where you just think, ‘Damn it, this is Eddie Murphy.’ [Adam] Sandler is like that too, you just can’t believe you’re seeing him in person. I would like the career of Eddie Murphy, Sandler,” he said in May 2021. — I like what Sandler did when he said, “These are my eight friends, we’re going to use this formula for the next 30-50 years.” He built this whole universe for himself, and he’s in his lane. This is a model. …Every time you see this guy’s face, it is associated with smiles and a good mood. That’s what I’m trying to follow.”

Before his departure from SNL was confirmed, rumors spread that Kris Jenner is now managing Davidson, who has been dating Kim Kardashian since October 2021.

Scroll down to find out all the details about Davidson’s upcoming series:

The Peacock project, which officially received an order for the series in April, will provide viewers with an exaggerated, fictionalized version of Davidson’s life. “The series will combine a down—to-earth narrative with absurd elements of an unfiltered and completely original worldview that Pete is well known for,” the press release says.

Broadway Video, the company headed by SNL boss Lorne Michaels, is supporting the new series. Davidson is also going to write the script and become an executive producer along with Cyrus and Judah Miller.

Who else plays the main role?

Edie Falco joined the Meet Cute actor at the NBCUniversal Upfronts presentation on May 16. She will play Davidson’s mother in the series.

When will the premiere take place?

The official release date has not yet been announced.

Will he be any different from “The King of Staten Island”?

Davidson previously starred in the semi-biographical film “The King of Staten Island” in 2020, which was inspired by the death of his father, Scott Davidson, who was a firefighter during the September 11 attacks in New York. It is not yet known whether Bupkis will touch Scott’s death.