Home Crypto What awaits Gold Investors in the Midst of War? 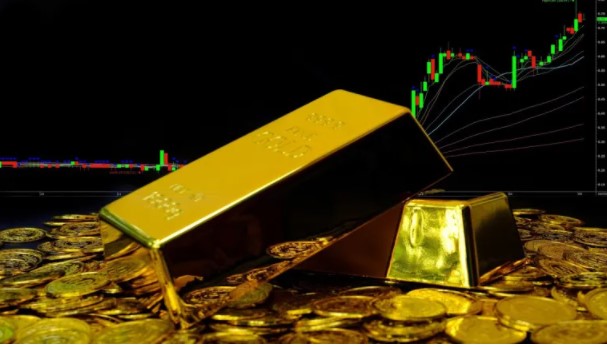 As investors weigh the impact of the sanctions against Russia, the uncertainty created by Russia’s attack on Ukraine triggers a major move to safe-haven metals, especially gold. We have compiled the market comments and forecasts of analysts for Kriptokoin.com readers.

Markets are returning to risk aversion mode, according to Win Thin

Russian forces continue to put pressure on Kiev despite crippling sanctions from the West.

Win Thin notes that reports show a 40-mile-long Russian armored convoy heading towards Kiev, while Ukraine claims Belarusian troops have entered the country. According to the head of his strategy, Putin clearly demonstrates that so far he has not been discouraged by Western sanctions, however painful for Russia, and thus we are left with our original belief that the Ukrainian crisis is far from over and its full impact on the global economy has yet to be determined. Win Thin interprets the effects of the developments on the markets as follows:

That’s why markets are back in risk aversion mode today.

“The market is trying to balance these effects”

Silver was the top performer on Tuesday, gaining nearly 5% on the day as prices hit their highest levels since August. Silver is known as the more volatile metal, following in the footsteps of gold’s price increases. Nicky Shiels, Head of Metal Strategy at MKS PAMP SA, comments:

Gold, and thus silver, remains a conundrum, with mixed reviews about the ongoing escalating sanctions against Russia and the Central Bank. The market is trying to balance the actual impact on metal flows/supply versus the impact on sentiment/fear (anticipated war premiums) and the impact on inflation (additional inflation premium).

Bullish factors that have worked in favor of both the gold and silver markets include fears of stagflation and greater buying of gold from investors and central banks. Nicky Shiels sets up the following equation between parameters:

Renewed SWIFT chaos, cyber attacks, destabilizing currency markets and inflation = the beginning of a change in the monetary and financial system = gold, a safe store of value until clarity is achieved.

Supply concerns will continue to drive commodities, including precious metals, according to Commerzbank. Commerzbank analyst Carsten Fritsch evaluates that the wide-ranging sanctions will significantly reduce the demand for commodities from Russia, although Russia is not yet directly affected by the punitive measures imposed by the West, and explains the issue as follows:

This is because more and more commodity consumers are reluctant to buy oil, liquefied natural gas, coal, metals and grains from Russia due to the uncertain legal situation.

Partnership With Stars Community Barcelona Brings This Altcoin Double Up