Home Entertainment What are we doing in the shadows: The 10 biggest surprises of... 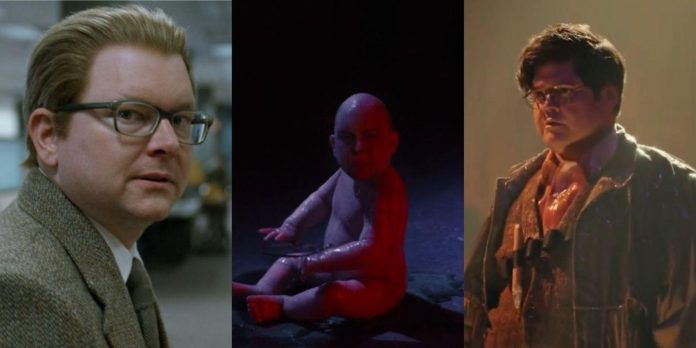 The ongoing fourth season of FX’s What We Do in the Shadows has already depicted some surprising and unforgettable scenes from the hilarious vampires that fans know and love. The housemates – Naja, Laszlo, Nandor, Colin – and their trusty familiar, Guillermo, have been through a lot, with some of their biggest moments being genuinely unexpected.

From the Baron’s accidental death by sunlight to baby Colin’s introduction, there’s no shortage of shocking twists in the gut-busting mockumentary. These memorable moments that take fans by surprise also often influence the show’s storylines in significant ways.

The Baron’s arrival in Staten Island is emphasized as being a huge deal for the gang. The ancient vampire is considered royalty, which means he should be treated with respect and get whatever he wants. This is why his disastrous end after an otherwise fun night is such a shock, as Guillermo makes the funny mistake of opening the door when the Baron is in front of it.

That’s not the last surprising thing about the Baron, as it’s later revealed that he actually survived that event. He has been living under the vampires’ garden as half a body since then but is thankfully found thanks to Laszlo and Colin.

The Members Of The Vampiric Council

When the vampires are called to a trial in front of the Vampiric Council, a series of amusing and unexpected cameos becomes the highlight of that episode. With members like Tilda Swinton, Wesley Snipes, and Danny Trejo, the entire sequence becomes unforgettable.

The actors play their roles incredibly well, too, with the leader of the council aptly named Tilda cracking sidesplitting jokes before sentencing the group to death. It would be interesting to see them all in the same room again in the series, but it’s unlikely considering how the storyline with the council seems to be fading into the background.

One of the best relationships in WWDITS is the bizarre romance between Nadja and Gregor. His latest reincarnated identity, Jeff Suckler, doesn’t exactly live up to the great warrior versions of himself that Nadja has met. The only thing that remains the same is the way he makes Nadja worry and cry.

This is precisely why for every single reincarnation of Gregor, Laszlo has managed to find a way to behead him. Her affair with Gregor will still never be better than what she has with Laszlo. In fact, she’s moved by Laszlo’s confession because he admits he’s only been doing it so that he doesn’t have to see Nadja sad because of Gregor.

The Extent Of Colin Robinson’s Power

Up until his promotion, Colin seemed to be relatively harmless compared to his housemates. He feeds by boring and annoying people rather than drinking their blood, after all. This is why it’s so astonishing to finally see the full extent of the energy vampire’s power.

His promotion at work paired with his housemates’ neglect created the perfect storm that pushed him to become a ruthless version of himself. Aside from growing a full head of hair, Colin showcases his ability to drain his victims with a single word or even one gesture. He thankfully goes back to his usual self by the end of that storyline.

After Guillermo tries to do something sweet for the vampires by showing them their heritage, he discovers something jarring about his own. He has Van Helsing blood flowing through his veins, which puts several of his past and future actions into perspective.

Being part of the famous vampire killer lineage has caused trouble for Guillermo, who can’t seem to miss every time he throws a wooden stake. Killing vampires is the most unforgivable action that creatures of the night can do, which is why Guillermo initially keeps his real identity a secret from everyone else.

Colin Robinson is the most tech-savvy member of the gang, which says a lot about the limits of their skills. One thing he apparently frequently does is enrage people online, which allows him to drain them through the computer screen.

He meets his match when someone starts trolling him, though, and he becomes annoyed enough to travel to the mysterious character’s address. Colin expects to confront a 12-year-old kid but is instead greeted by a towering troll, who doesn’t appreciate the way Colin uses the word ‘troll’ to describe his activities online.

One of the saddest sequences in the series happens after Laszlo reveals that he has learned about the 100-year limit to energy vampires’ lives, which means Colin doesn’t have very long left. As the vampires surround his deathbed, Colin manages to crack a few jokes about flatulence before actually dying, which was genuinely surprising.

Most viewers likely didn’t expect the show to push through with the death of the fan-favorite character. What’s worse is that there’s a graphic scene that shows Nandor accidentally damaging Colin’s face when he reaches out to check if he’s really dead. It’s a moment that’s almost too painful and disturbing to rewatch.

As if Colin’s death wasn’t shocking enough, the show manages to top that moment with the introduction of a strange new character that crawled out of the energy vampire’s corpse. Laszlo follows a trail of slime to find a baby with Colin’s face, who inspires the vampire to stay behind and care for him.

In the most recent episodes, baby Colin is shown growing at a fast rate. More importantly, he has significantly changed Laszlo’s character arc, as the vampire has become a father figure who is learning important lessons about acceptance and grace.

The Guide’s Attraction To Guillermo

It’s clear at this point that the Guide is joining the gang, as she has become an integral part of the series and the vampires’ antics. One of the things she learns about herself thanks to Laszlo’s pseudo-psychologic methods is that she used to be a wild vampire who didn’t care about the rules.

A scandalous moment from her past resurfaces when she remembers that she once slept with a Van Helsing for the thrill of possibly dying by his hands. This is why the Guide is so attracted to Guillermo, which she admits later on. It’s an entertaining twist that helps the Guide get over her fear of change.

It’s becoming obvious with each new episode that baby Colin is becoming more and more like the energy vampire he crawled out of. What’s more, baby Colin embraces more modern boring subjects, much to Laszlo’s disapproval. Laszlo especially detests the fact that baby Colin loves musical theater, but he later realizes that it’s not his place to dictate the child’s likes and dislikes.

This turns out to be the correct decision, as baby Colin ends up saving the club with his surprising hidden talent. He dances and sings on stage right before the raging fight between the vampires ruins the night. Baby Colin continues to save the day by performing for Nadja’s club where his adorable musical numbers are fully appreciated.

Only Murders in the Building: 9 of Oliver’s Best Quotes