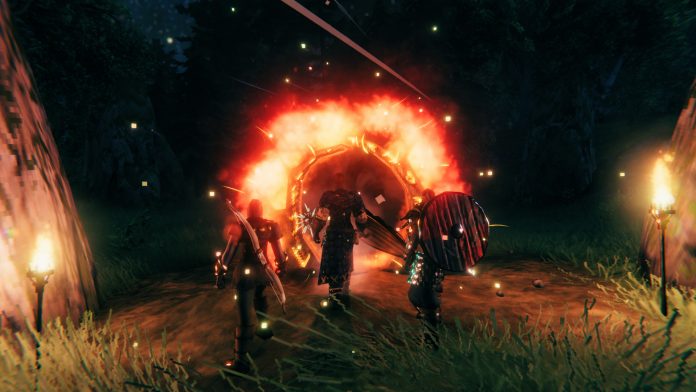 Valheim, who sold 3 million and broke a record in the number of simultaneous players within a month of its release; it was perhaps the biggest game surprise of 2021. So what are Valheim system requirements, does your computer remove it? Let’s take a look together.

Valheim, the new favorite of the game world, continues to break record after record, although not even 1 month has passed since its release. Achieving an extraordinary number of 500 thousand simultaneous players, leaving behind many popular Steam games including Dota 2, Valheim is now the only competitor in the number of simultaneous players.

Valheim, where we try to survive in a mythological universe created by an independent team of 5 people and which even Odin as a Viking hesitates to visit, brings out a beautiful mess by blending the elements of many game genres. What are the Valheim system requirements in this content? and how much does a computer with which you can play Valheim cost? We are looking closely.

Operating system: Windows 7 and above (64 bit)

Operating system: Windows 7 and above (64 bit)

Processor: 3.0 GHz Intel i5 and above

Recently, the interest in ultra-high graphics, system-demanding games seems to be decreasing somewhat. The glut of games that started with Fall Guys with low system requirements but offers a fun and long-lasting experience continues with Valheim. Games like Valheim are currently rising prices due to inventory problems in the PC market and the mass of gamers who realize that high graphics are not everything; By focusing on the experience part of the work, AAA manages to achieve success in funny times like a few weeks, which most games cannot achieve. As we said, Valheim keeps the graphics requirements low and is a rich game that almost everyone can play with their home computer.

How much does a computer with which you can play Valheim cost?

As you can see in the Valheim system requirements subtitle, you do not need a high-hardware computer to play Valheim. Many mid-range laptops currently on the market or that debuted 4-5 years ago will be able to play Valheim.

When we look at the current laptop and its price, a wide range from 5,500 TL to 8,000 TL welcomes us. Models such as Acer Nitro, Monster Abra are available at a discount in this price range. When we look at the second-hand laptop market, we can find computers with a 4th generation Intel i5 processor, GT 700 or 800 series external graphics card for around TL 2,500.

Although the desktop market is naturally more affordable, a price increase is observed, especially due to the depletion of graphics card stocks all over the world. Nevertheless, beautiful APU systems, including monitors, can be collected at around TL 4,000-5,000 with completely zero. In addition, it is possible to collect a desktop system where you can play Valheim and many other games for around 2.000-3.000 TL in the second hand.

Why is Valheim so admired?

We have stated that games that focus more on the experience part of the game world are now beginning to come to the fore. Valheim is the most popular and almost vivid example of these games. Leaving aside the eye-catching graphics, Valheim hosts enough details to make us forget that the graphics are not very good.

But before details, the most important issue is the “beautiful mess” that Valheim has created. Although Valheim is a game of its own, it is also a game that is not unique, just like Undertale, which is also very popular. It manages to uncover elements from role-playing, survival, combat-based action and many other game genres in a very smooth way. In fact, Valheim manages to borrow an element from Age of Empires with its era-jumping feature and integrate it seamlessly into its gameplay.

With a lot of focus on survival and role-playing, Valheim’s gameplay details may seem difficult to tackle at first. But as you get lost in the flow of the game, you learn these details slowly by trial and error without making any extra effort. The success of Valheim’s experience is also hidden in these details. Along with the cliché elements that have been common before in the survival genre, “Was that also in the game?” There are many survival elements you can call.

For example, if you do not place the columns of your house properly when you build a house, your walls may start to collapse after a while, or if you do not ventilate your house properly, your character can suffocate from smoke and die when you light a fire. While this and many other details you will learn by playing, it takes away the monotony of the gameplay and gives us an exciting experience in which we constantly discover new things.

We have come to the end of our content where we take a closer look at the Valheim system requirements, the average price of a computer you can play Valheim, and the game outline. Valheim is a game that does not upset the players in terms of system requirements and satisfies the players with its low price and experience. You can share your thoughts about Valheim with us in the comments section.