Home Crypto What are the most expensive NFT artifacts? 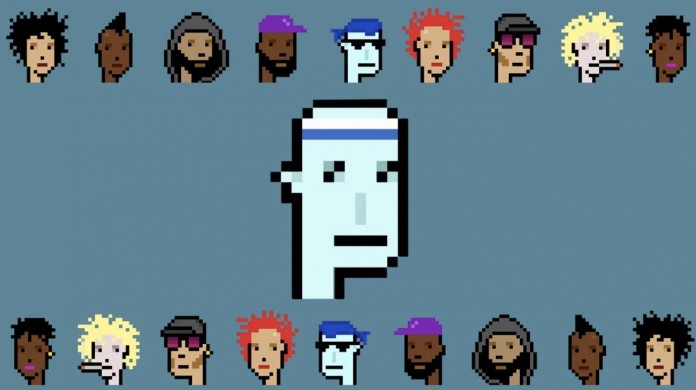 Do you know the most expensive NFT artifacts? If you’re wondering what they are and how much they sell for, here’s the list…

What are the most expensive NFT artifacts ever sold? Non-changeable tokens (NFTs) are growing in popularity day by day. Especially in the last months, wildly priced works are sold for millions of dollars. Thus, the avalanche growth of digital artworks has become inevitable.

In fact, NFTs are just a sub-sector in the crypto world. But it has also attracted some of the largest non-crypto communities, including celebrities and collectors. Based on Finder.com’s content, we’ve compiled the highest-priced digital artifacts ever for you. Some of these prices are really crazy!

There are 10 works in our list. Some of them belong to CryptoPunks. That’s why you’ll see this name often. Let’s start with NFT, which is tenth on our list. The work named Punk #6965 was bought for a total of 800 ETH, or 1.5 million dollars.

The monkey in this collection, which is among the most expensive NFT works, also draws attention with its fedora hat. Let us remind you that there are only 24 monkeys and 186 CryptoPunk wearing a fedora in the series. Because this shows that Punk #6965 is a rare work.

Jack Dorsey, CEO and founder of Twitter and Square, is also one of those who stepped into the NFT market. At Valuables, run by Cent, Dorsey put his first tweet up for sale as an artifact. The first tweet in the history of Twitter was bought for about $ 2.9 million.

Dorsey’s tweet, “I’m setting up my Twitter,” was dated March 21, 2006. Sina Estavi, CEO of Bridge Oracle, bought the digital artwork of this tweet. After the sale, Dorsey converted all the proceeds to Bitcoin. He also donated all of the proceeds to a charity in Africa through GiveDirectly.

8 – Replicator is one of the most expensive NFT works!

Replicator, which shows a photocopy machine in a small, dimly lit room, is by Canadian artist Michah Dowbak, known under the pseudonym Mad Dog Jones. This digital artifact was sold for $4.1 million.

That said, Replicator has one rather interesting feature. Because the Replicator is designed to print a new NFT every 28 days. Mad Dog has also partnered with Phillips for these works. There is no information about the buyer of the work. There were reports that he was one of the new residents of the auction.

Another of the most expensive NFT works belongs to Edward Snowden. He is a computer intelligence expert who reported on the existence of mass surveillance programs run by the National Security Agency (NSA) in 2013. His work is also very interesting.

Last April, Snowden sold his first NFT, which overlapped with pages of court documents that found the NSA’s surveillance programs violated US law. He received 5.4 million dollars for this work. He donated the money he obtained to the non-profit Press Freedom Foundation.

Tim Berners Lee, the developer of the World Wide Web, is also one of those who entered the NFT market. On June 30, 2021, he auctioned an NFT of WWW’s source code.

This work found a buyer for $5.7 million. Lee also announced that he will donate the proceeds to charities. The piece consisted of 4 different parts, including time-stamped source code files, a video animation of the creation of the code, a letter from the engineer, and a digital poster he designed of the code.

Ocean Front ranks fifth among the most expensive NFT works. One of the masterpieces in Beeple’s “Everydays” series, which chronicles the dangers of climate change.

Among those who wanted to buy the piece were Tron Foundation Founder Justin Sun, 3F Music and BabyBeluga. Ultimately, Justin Sun was the winner, bidding $6 million.

Crossroad is another piece of digital art that sold for $6.6 million on Nifty Gateway, an NFT marketplace created by Beeple and owned by popular cryptocurrency exchange Gemini.

The artwork shows a depiction of former US President Donald Trump after he lost the 2020 US presidential election. Beeple also made a different design to sell based on the election result.

NFT named Punk #7804 is one of the most expensive NFT works. From the CryptoPunk series, which was sold at almost the same time as the #3100 in March 2021. Also an extremely rare Alien Punk.

CryptoPunks offers collections of 8-bit images of humanoid characters known as ‘Punks’. Each of these has unique features.

The CryptoPunks series is one of the oldest collectibles series on the Ethereum blockchain. Punk #3100 is an extremely rare piece as it is one of the ‘Alien’ genres that make up only 9 out of 10,000 CryptoPunks. The bandage in the piece also makes the collection rare. In short, this work found a buyer for 7.58 million dollars.

The NFT, The First 5,000 Days, is the most expensive NFT work. Of course it is now. Over time, it is possible for another work to be sold at a higher price. But do you think they can easily compete with this work? Because it was sold for exactly 69 million dollars!

The work is a digital art collage by a digital artist and graphic designer named Mike Winkelmann, also known as Beeple. Winkelmann started working on the collage in May 2007 and has been publishing artworks every day for 13 years.

The artwork was purchased by crypto billionaire MetaKovan for $69,346,250. After the sale, Beeple’s Instagram followers reached millions. He has also worked with brands such as Nike and Louis Vuitton, as well as artists such as Childish Gambino and Katy Perry.

Elon Musk is on the agenda again with his tweets: What’s...