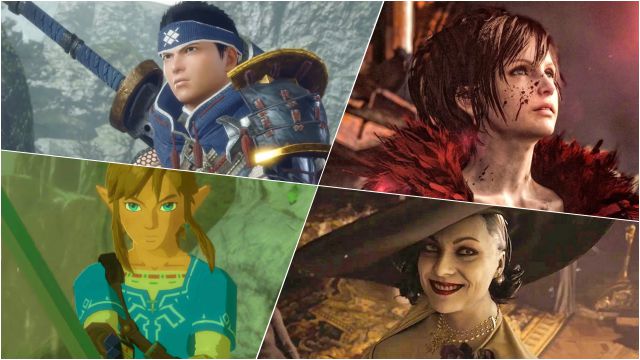 The latest Famitsu poll reflects an inordinate interest in Monster Hunter Rise; also the sequel to Zelda: Breath of the Wild and Tales of Arise.

Monster Hunter Rise is the most anticipated video game in Japan today, according to the latest survey conducted by Famitsu of its readers. The veteran consultation of the Japanese magazine, corresponding in this case to the period between December 22 and January 6, shows which titles arouse the most interest in the Japanese community. Although there are no surprises, it is striking that many of those that top the list do not even have an estimated release date.

Beyond Monster Hunter Rise, which corresponds to one of the most successful licenses of the last twenty years in Japan, the change in direction of the Tales of saga with Tales of Arise is above 1100 votes, a situation little conventional and that shows that the new Bandai Namco aims to be a success in sales. If all goes well, it will be published this year.

The one we don’t know if it will be released in 2021 is Final Fantasy XVI, from Square Enix. Naoki Yoshida (Final Fantasy XIV) is behind the project, and from everything we’ve seen it seems like a very advanced project. It will be an initial exclusive on PS5.

We continue with Resident Evil 8 Village. At the time of that survey, readers didn’t know anything about what’s new this January, which includes the demo, release date, and the new trailer. It is to be expected, therefore, that in future surveys some step will rise in the list of the most anticipated.

The Legend of Zelda: Breath of the Wild (sequel) and Bravely Default II are next, with very similar votes. The first has no release date, only Platform, Nintendo Switch; the second is around the corner. The sequel to the original Nintendo 3DS game will be out in the hybrid on February 26. Of the top 10, seven of the most anticipated titles in Japan are Nintendo Switch titles.

Netflix paralyzes recordings, but guarantees content for the coming months