Home Science What Are The Mistakes In Legendary Science Stories? 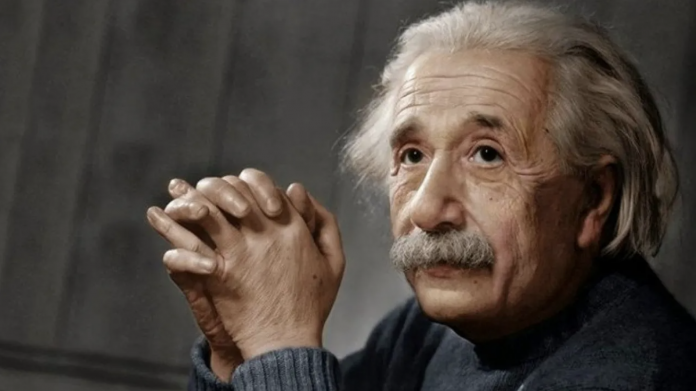 Mistakes in science stories may have caught the attention of many of us. Newton’s discovery of gravity, Franklin’s kite experiment real?

Have you noticed mistakes in science stories before? The facts behind some of the stories we were surprised by are actually different. In fact, many people say, “An apple fell on his head and he found gravity, there is nothing left for us to discover!” We guess you said.

Let’s start with a little spoiler; For example, Newton didn’t actually discover gravity by falling an apple on his head. But how did he discover it, and where did this apple story come from? Now, let’s read together that these discoveries are not so ordinary, but are based on years of research and thinking.

Nothing started with the falling of an apple

In 2010, the Royal Society of London published the manuscript memoirs of 18th-century writer William Stukeley online for the first time. Newton’s close friend Stukeley wrote down his conversations with Newton and his biography in Memoirs of Sir Isaac Newton’s Life. This work, which was published in 1752, was only accessible to academics until 2010. 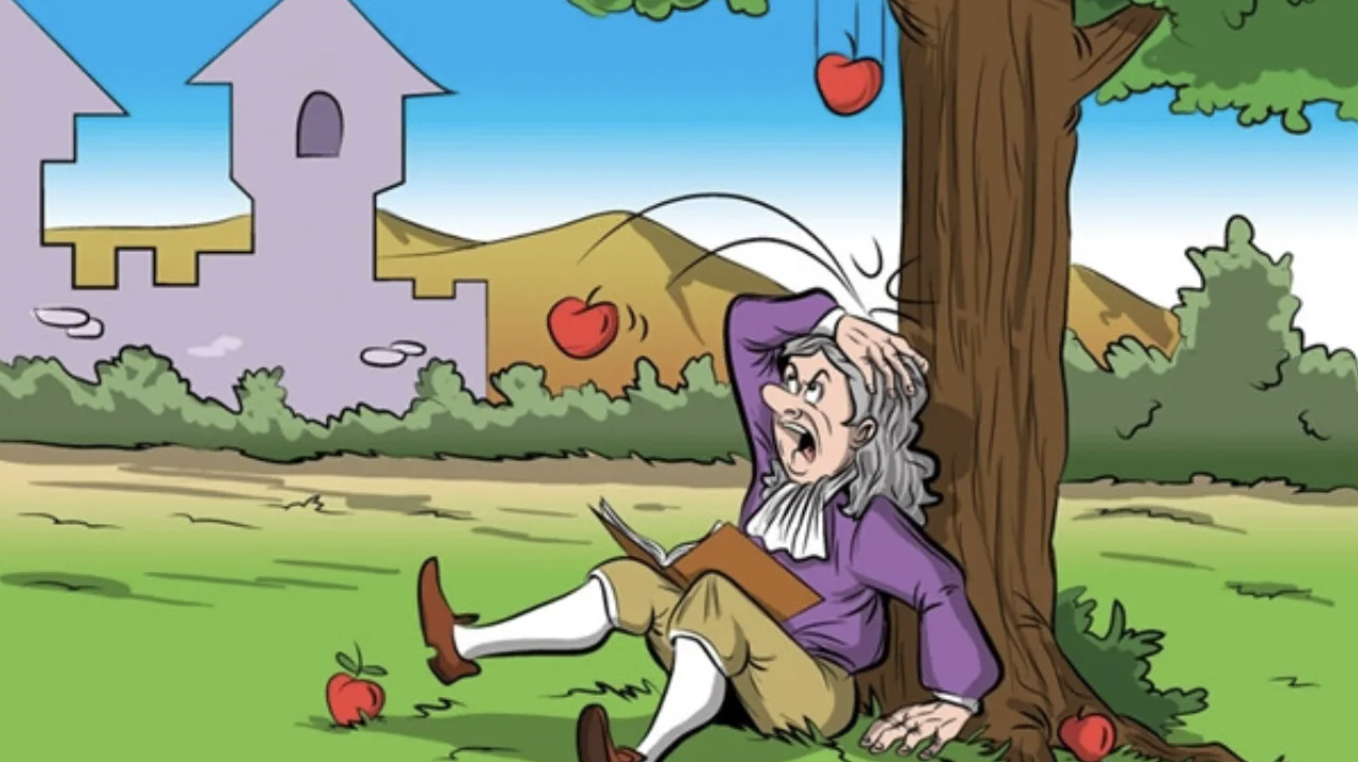 So what was the gravity story? What we’ve learned over the years is that when an apple fell on Newton’s head while sitting under an apple tree, “I found it!” was to discover gravity. However, like many tempting stories, this one isn’t quite like that, even though it has an ‘apple’ in it.

In the 100-page work, Stukeley describes those moments as follows: “After dinner, we went out to the garden when the weather got a little warmer. We drank tea in the shade of apple trees. Just him and me… He told me that thoughts of gravity are still the same as when they first entered his mind. While I was sitting in deep thought, an apple fell. ‘Why does this apple always fall vertically, but not to the side or upwards? It’s precisely because gravity pulls it to the center of the earth.

The mistakes in science stories aside, let’s get to the truth. The word ‘gravitation’ was also used for the first time in these conversations between Newton and Stukeley. The book also touched upon Newton’s childhood and many events from his life. For example, he describes how he built a full-scale model of a windmill near his home in Grantham. Apart from this, the forgetfulness of Newton, who is considered the second most influential physicist in the world (the first is Einstein), is also mentioned.

Gravity, which was first a hypothesis, later became a law.

Collecting electricity from lightning is not wise!

Allegedly, Franklin flies a kite like a ‘lightning rod’ in rainy weather to prove the electrical charge in lightning. He did this experiment in 1752, although it is not conclusive (although the experiment itself is not certain). He flew a kite attached to a key in a stormy weather. The kite was attached to the leyden jar. When lightning struck the switch, electricity went into the jar. Thus, he proved that lightning consists of electricity. However, fearing that the experiment would fail, Franklin only kept his son with him. This raises doubts about whether the experiment was actually done.

Martinez explains: “Legend has it that Benjamin Franklin dared to fly a kite on a stormy day with a lightning rod and a dangling key at the end of the string. Lightning struck the kite. Powerful lightning filled the metal key. Franklin then touched the switch and was electrified. Thus, he proved the electrically charged nature of lightning.”

Then Dr. Martinez expresses his opinion on whether the story is true or not: “I love the story of Ben Franklin’s kite in the book. It’s fascinating to imagine that this man has the courage and the stupidity to fly a kite through a storm and use a child’s toy to shoot ‘electric fire’ from the sky. It’s the same as a classic legend: the story of Prometheus, who used a long sprig of fennel to steal fire from the god of the sky and thunder.”

Errors in science stories are revealed one by one

Most likely this experiment never happened. As Alberto A. Martinez points out in his book, one of the doubts about Franklin’s famous experiment is the lack of detail. Actually, Franklin August 1 he did not describe the experiment in his 752 article in the Pennsylvania Gazette. Instead, he gave just a basic outline of flying a kite in a storm, describing it as something anyone can do.

In contrast, the French scientist Jacques de Romas conducted a similar experiment in 1753. But he gave countless details about the experiment: the date and time, the length of the rope and wire used, and the feeling of touching the rope as the storm approached. While Franklin’s article wrote that a kite experiment can be done safely in a storm, de Romas wrote that he only briefly touched the kiteline with his knuckles. Moreover, the painful sensation of electricity convinced him not to repeat the experience with bare hands.

De Romas asked the Paris Academy of Sciences to acknowledge that he was the first to successfully complete the experiment. The committee granted the request, as Franklin did not provide details showing that he had priority. Franklin was surprisingly quiet.

Since then, various researchers have tried to prove that Franklin did not fly that kite in 1752. This includes the TV show Mythbusters, which claims the experiment isn’t real. Science writer Tom Tucker also spent part of Bolt Of Fate: Benjamin Franklin And His Electric Kite Hoax debunking the kite story. Still, the story has its defenders. Even Martinez isn’t entirely sure the story isn’t true.

The mistakes in science stories are not over. Of course, Charles Darwin, the founder of the theory of evolution, and Albert Einstein, the world’s foremost physicist, also got their share of legends. Many people still think that Darwin got inspiration for his theory of evolution by studying finches on the Galapagos Islands. But this is not true. The conclusive facts about mockingbirds and frogs provided better evidence for Darwin.

Dr. Martinez also talks about this in his book. Dr. According to Martinez, there is no indication of how much of a role finches played in Darwin’s incipient understanding of macroevolution. Yes, he has documented finches and their various beaks. However, he did not mention finches in his Origin of Species. Finches and their beaks have a short but important place in the Beagle’s Journey.

But finches were not the main inspiration for Darwin’s work on natural selection and evolution. Darwin’s time aboard the Beagle was formative as he combined what he saw in the Galapagos with various theories of creation. Finches may be excellent examples of microevolution. But the presence of these finches was less influential than the absence of frogs and native small mammals in the Galapagos.

So how did this story come about? Historians of science attribute this to the evolutionary biologist David Lack, who studies Galapagos finches and the connection between their physiology and natural selection. It goes back to the 1947 book Darwin’s Finches. Although he was not the first to use the term, he associated Darwin’s name with these special beaked birds. The variation in beak shape and size was an excellent example of natural selection and gradual change. Because Darwin did indeed study finches, many misinterpreted the role of finches in Darwin’s work. Moreover, it became the dominant narrative.

Finally, let’s take a brief look at the claims that physicist Albert Einstein received help from his wife in the theory of relativity. Allegedly, Einstein was influenced by his wife, Mileva Marić, while developing his grand theory. Dr. Martinez also gives his opinion on this matter: Marić and Einstein developed research topics together at the Zurich Polytechnic. However, there is no evidence that they collaborated in research after Marić left school due to her pregnancy.

People have such a strong desire to know the past that they often invent the past.