Home Tech What are the FIFA 21 system requirements? 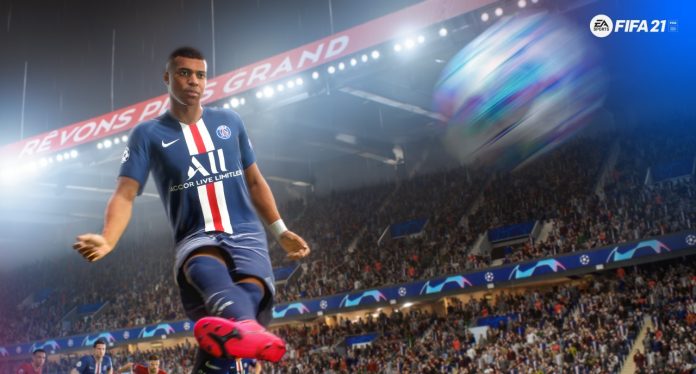 FIFA 21, launched by Electronic Arts in October last year, attracts great attention. “What are the FIFA 21 system requirements? How to get higher FPS? ” Questions such as, are wondered by game lovers. Let’s take a closer look at FIFA 21, the best selling game of last year.

FIFA 21, which received the title of the best-selling boxed game of 2020 in the world in the first 3 months as soon as the game was released, gave the producer company a first in terms of sales figures. For the first time on the console side, a FIFA game sold more digitally than it sold in box. FIFA 21, which has increased its sales especially after the release of new generation consoles such as Playstation 5 and Xbox Series X, gains an even more realistic look and gives gamers a pleasant time.

Unlike console owners, there is serious research on the PC side. FIFA 21, which has a high system requirement, unfortunately does not work at the desired level and FPS on every computer. In this period when questions such as whether my computer will uninstall FIFA 21 or what should I do to remove it, how should I buy a computer to play FIFA 21, information about FIFA 21, system requirements and performance guide are in our article …

FIFA 21, which comes with many innovations on the gameplay side according to FIFA 20, has become a game where you can show your creativity and intelligence with its new game mechanics. Thanks to the new agile dribbling added to the game, the game has become much more enjoyable with new strikes that you can eliminate the defenders in 1-to-1 positions, ball rolling fake and increased reaction time.

Another remarkable feature added to the game was undoubtedly increased position awareness. In this way, the artificial intelligence is further developed, as if the players are in a real football match, the midfields catch a space for the through pass, and the strikers also distract them by diving into the opponent’s defense and looking for goal positions. At the same time, when starting an attack with a midfielder or defender, we will now have more control over strikers.

Perhaps the most important innovation, the natural collision system was one of the most complained issues by all FIFA players. In all series up to FIFA 20, especially in a position in the penalty area, football players hit each other and fall to the ground and the fluency of the game was seriously deteriorating. With the new natural collision system added to the game, there will be less falling incidents.

What are the FIFA 21 system requirements?

As it is known, when FIFA 21 was first released in October, producer Aaron McHardy of EA Sports; He explained that they kept the minimum system requirements of the game very low to allow everyone to play FIFA.

If your computer does not meet the system requirements announced by Electronic Arts and you are experiencing problems such as performance issues, low FPS, you can try the following methods to increase high performance and FPS in FIFA 21: