While Bitcoin is testing $ 11,000 and Ethereum at $ 375, experts continue to make new comments for these two coins. So what does the week of September 21-27, which started today, promise for Bitcoin and Ethereum investors?

It is not known where the next stop of Bitcoin, which has been testing $ 11,000 for a while, will be. This uncertainty in the market was also reflected in the comments of crypto currency experts. Many analysts who maintain the bullish stance in the long term comment that a new decline may be seen for Bitcoin and Ethereum in the short term. We have compiled some of them for you.

Michael van de Poppe set the critical points to watch for Bitcoin in a post he made today. For Michael Bitcoin:

Speaking of “a sudden drop”; It could be said that some analysts have warned against such a decline. Rekt Capital, with almost 40,000 followers, thinks the wind could suddenly blow in the opposite direction for Bitcoin. Commenting on the fact that Bitcoin has risen above $ 10,800, Rekt said that this could come and go. Suggesting to be cautious with the Bitcoin bulls, Rekt Capital explained that the price could suddenly start to drop.

Crypto Dog, one of the most popular names in the industry with more than 200 thousand followers, is not so pessimistic about Bitcoin. Unlike Rekt Capital, Crypto Dog took a more bullish attitude, saying he didn’t think the Bitcoin price would go down.

What are the comments for Ethereum?

Transaction fees on the Ethereum network are getting more and more expensive due to the DeFi craze. While people are waiting for the Ethereum 2.0 update, investors are checking the pulse of the markets. Ethereum, with support at $ 360, is currently trading at $ 374.

Some analysts like Chase_NL have commented that Ethereum will have a hard time breaking this resistance. Meanwhile, analysts like TraderKoz have begun drafting a bearish scenario for Ethereum. This analyst explained that if ETH goes below the weekly opening price, it could drop to $ 355 first and then to $ 330.

Although the short-term interpretations for ETH are like this, there may be a more picture in the long term. Chris Burniske, one of the partners of Placeholder Capital, conducted a survey on Twitter, testing the pulse of the investor. More than 4,000 people participated in this survey, which asked about the year-end price forecast for ETH. Most of the participants said that ETH will be in the $ 500-700 range at the end of the year. 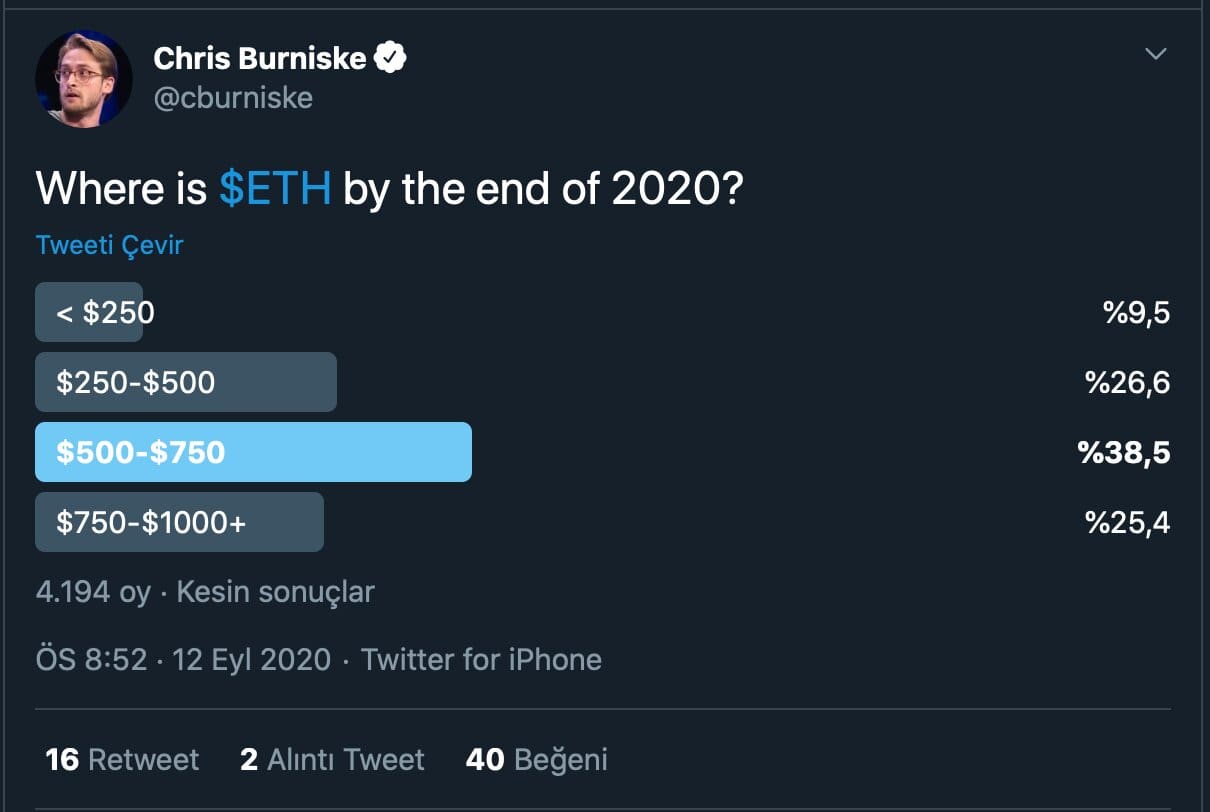 The Powerpuff Girls will have live-action series on The CW

This DeFi Coin Has Seriously Boosted In The Last Week