Home Celebrity What are Kreese’s plans on Tory Nichols 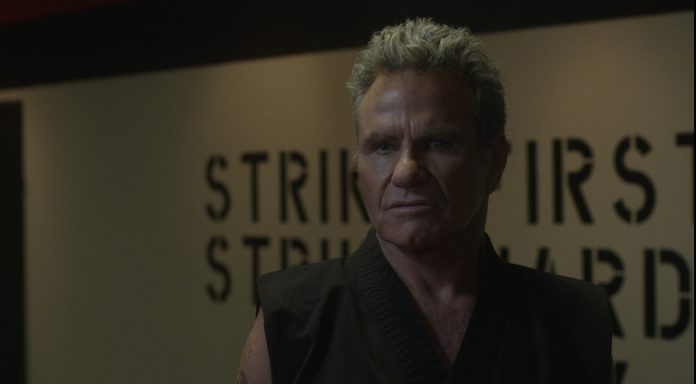 Tory paid a price for the chaos it caused on Cobra Kai, which resulted in Miguel Diaz (Xolo Mariduena) being hospitalized in a coma, but Kreese was an unexpected knight in shining armor for Tory.

The fact that Tory started the West Valley High fight and planned to injure, or even kill, Samantha LaRusso proved that she was exactly the type of student Kreese was looking for from the very beginning of Cobra Kai.

Kreese came to Tory’s rescue; he offered to let Nichols train for free, something Kreese has never done for anyone else in the Karate Kid / Cobra Kai history. The sensei even handled Tory’s bullying problem.

These appear to be very unusual acts of generosity for Kreese, but it’s really just about fulfilling his private schedule rather than his genuine concern for Tory in Cobra Kai.

By helping Tory in Cobra Kai, Kreese transactionally earned her loyalty, and she takes Diaz’s place as her top student because Kreese has never been satisfied with Hawk (Jacob Bertrand).

In Kreese’s eyes, Nichols is not one of the “snowflakes” that he thinks the children of his generation are, and he has displayed sociopathic tendencies. Also, Tory has unfinished business and hates Sam LaRusso from Cobra Kai who is something else that John Kreese understands and will use.

Jennifer Aniston: This Substance Inside Your Skin!

More surprises from Park Shin Hye as a brave warrior