Home Entertainment What are Ghost Trails in Snapchat+ and how do they work? 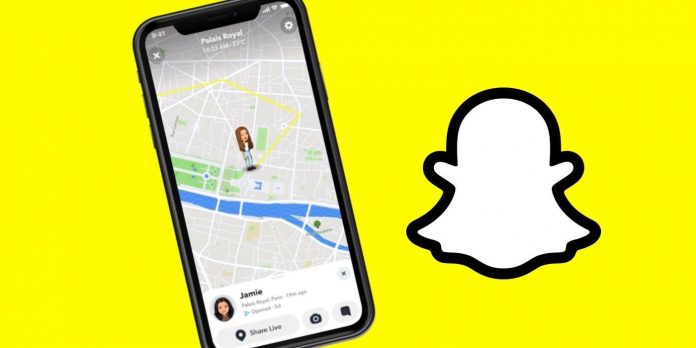 One of the new features of Snapchat+ subscription is Ghost Trails, which allows users to check their friends’ location history for the last 24 hours. Some of the other features available with the new subscription service include the ability to view Friend Solar Systems, change the Snapchat app icon, see who reviewed the story, and pin a friend to the top of the chat history as a “BFF.” All of these features are available exclusively on Snapchat+, which was launched at the end of June as part of Snap’s plans to diversify revenue sources.

A Snapchat+ subscription costs $3.99 per month and is available at launch in the US, Canada, UK, France, Germany, Australia, New Zealand, Saudi Arabia and the United Arab Emirates. Snap says it plans to expand the service to other markets in the future, but there are no official deadlines for this yet. Snapchat has already become one of the largest and most popular social networks in the world, along with the likes of Instagram and TikTok. Thanks to the exclusive features of the subscription model, the company is trying to increase its popularity among young users.

Related: Snapchat+: All the Features You Get with a Paid Subscription

One of the notable new features of Snapchat+ is Ghost Trails, which allows users to see where their friends have been in the last 24 hours. However, since this feature can be extremely aggressive and potentially dangerous for privacy, several conditions must be met before users can see this information in their application. First, the user will see ghostly footprints on the Snap map only for friends who have allowed access to the location for that user. This feature will not be available to friends who do not have location data sharing enabled.

Location sharing on the Snap map is not available

The location sharing feature on Snap Map is available to all users. This means that users can only share their location with their closest friends, shutting out everyone else. In fact, this is a thoughtful little addition, as it will allow users to keep track of their friends while maintaining their privacy. Another caveat is that users will only be able to see Ghost Trails for friends who are in a country where Snapchat+ is available. Ghost Trails is available on both Android and iOS, but users need to update their app to version 11.85 or later to see this feature on their device.

To see a friend’s Ghost Trail, tap his Bitmoji on Snap Map. Users can clear their ghost trail by turning Snapchat’s ghost mode on and off. Overall, Ghost Trails is a cool new Snapchat+ feature that allows users to follow their closest friends and track their location with their permission. It’s also one of the many new Snapchat+ features that can make a subscription useful for experienced Snapchat users.

R. Kelly is convicted on sex trafficking charges, but what happens...