Home Crypto What About the Litigation Between Ripple and SEC? Breaking news! 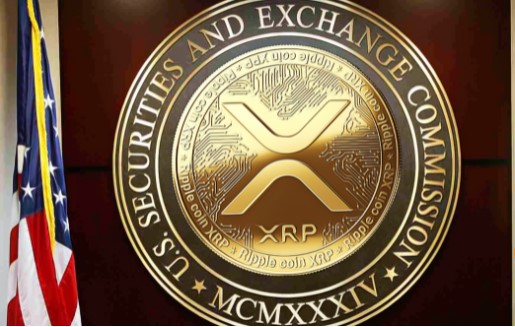 One of the most unfortunate communities in the cryptocurrency markets is XRP investors. They have had many bull seasons, but there are those who can’t afford it. Yes, there are many people who bought XRP years ago and haven’t even reached their capital yet. Of course, the SEC is not solely responsible for this, but the irresponsibility of Ripple Labs is also one of the main reasons that led to this process.

There has been an improvement in the unending litigation involving the SEC and Fintech company Ripple Labs. What was interesting was the Respondent’s response time after Defendant submitted his final motion. On February 10, Ripple submitted its response regarding the SEC’s move against the Fair Disclosure Affirmative Defense. Essentially, opposing the ‘SEC improper request’ for notice of judgment. And to address the SEC’s ‘misleading characterization of previous enforcement actions’. Another attack came from the Defendant in support of this offensive move.

On February 23, the Securities and Exchange Commission requested the filing of ‘Sur-Sur-Reply’ regarding the Strike Proposal. Ripple’s Sur-Reply argued that the Court could not consider public enforcement actions of the SEC in the digital asset space filed prior to the lawsuit. This made a positive defense similar to that of Ripple in a lawsuit alleging unregistered offers and sales of digital assets, not fraud.

While framed as the “selective enforcement” defense, the LBRY affirmative defense argued that the SEC “treated LBRY differently from other similar blockchain companies and there was no rational basis for the difference in treatment.”

Who Will Win The Ripple Case?

If it goes on like this, Ripple could get away with paying some compensation, inflicting a half defeat on the SEC. The strategy of Ripple lawyers is that they are being discriminated against, and the SEC is unable to find answers that are strong enough to fend off these allegations.

The SEC attempted to present a new and irrelevant argument based on a recently adjudicated case. “Continuous response was not the place for new material,” the Defendant said. He later added:

“LBRY also made a pending fair warning defense in this case, which the SEC did not even want the court to go on strike. It is remarkable that the SEC did not remove this fact from its “surreply” practice”.

These “irrelevant” moves can give Ripple an advantage to win this case. Another well-known lawyer, Jeremy Hogan, repeated the same thing in a thread of tweets. Ripple has taken the wind again and the SEC looks cornered for now. In the coming days, we may see sudden changes in the XRP price.

More than Half a Billion Shiba Inu have Been Burned!What Will...