Home Entertainment What Abandoned Sagas Of Activision Could Recover Microsoft? 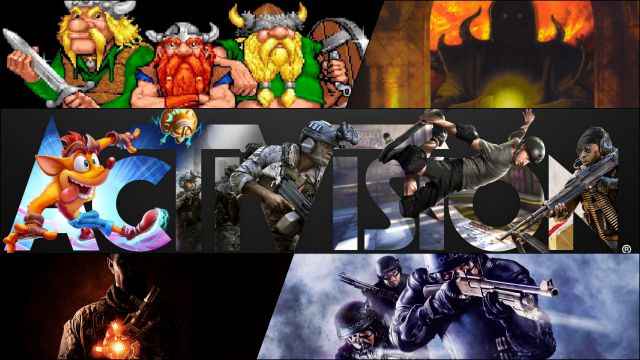 Activision Blizzard has many properties, many of them forgotten throughout history. Microsoft has the opportunity to revive them. Xbox has been strengthened in every way after the purchase of Activision Blizzard. Those responsible for Call of Duty, World of Warcraft and Diablo will join those of Redmond once the acquisition is complete, scheduled for fiscal year 2023. Phil Spencer claimed to have read the list of intellectual properties with which it will be made. We tell you which classic Activision sagas choose to be revived under the mantle of Microsoft.

Long before Call of Duty: Warzone, Raven Software was one of Activision’s muscles when it came to generating quality shooters. In 1995 we saw the arrival of HeXen, a first person shooter that followed the elements built on Heretic, another of the studio’s great works. In 1996 came Hexen: Deathkings of the Dark Citadel and Heretic: Shadow of the Serpent Riders. A year later, in 1997, they published Hexen II, to close in 1998 with Heretic II. The studio’s capabilities were tested in a universe of witchcraft and wizardry.

Raven Software’s journey has also taken them through other one-off projects. Singularity is something even more special: it was the last IP of the study before entering fully as a support team in the Call of Duty franchise. We are not exactly facing a saga, but we would like them to continue the constructed universe. Although the bases were those of a modern FPS in the middle of 2010, the players had the DMT (Temporal Manipulation Device). With it you could alter the age of objects and enemies, it even had its effect on the development of the scenario. The title had so much personality that it deserved a sequel with all the letters.

King’s Quest goes hand in hand with Roberta Williams. The designer popularized one of the brands that transcended under the Sierra logo. Nothing less than eight deliveries between the years 1984 and 1998, not counting the origin of these graphic adventures, with Wizard and the Princess in 1980. In it we were part of the adventures of King Graham and the royal family. Claiming the throne was one of the maxims to follow in most installments, although he did not always star in them. The franchise received a reboot in 2015, this time at the hands of The Odd Gentlemen along with the Activision edition. The episodic format followed the trend of other studios at the time, such as the works of Telltale Games.

In terms of tactical shooters (especially those of a police nature) there is a prominent name: SWAT. Sierra’s classic, whose fourth (and last installment) was developed by Irrational Games, is one of the most requested sagas by fans of the genre. The appearance of names like Ready or Not mark it as the spiritual successor to the brand, but now Microsoft has the opportunity to make one of its own. We are talking about a game where saving lives, having a coordinated platoon and remaining attentive to common situations of an elite police force are rewarded.