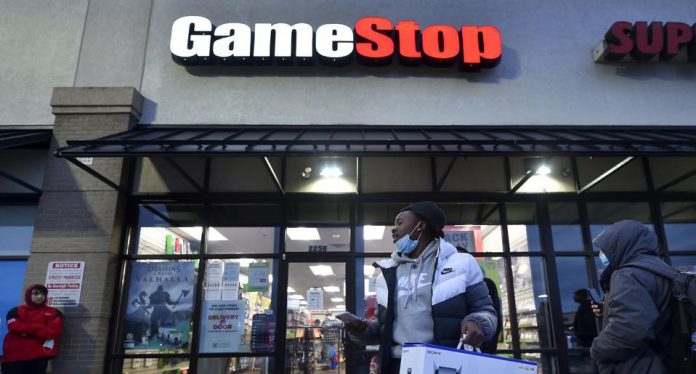 A war broke out between the small investors of Wall Street and the big investors known as the “whale”. This war resulted in GameStop (GME) shares valued sevenfold in three months and fourfold in January. This war, dominated by the small investor, has turned into a “whaling” in this state.

GameStop, founded in 1984; It is a game store serving in several different countries, especially in the USA. The company’s stock had been in a downward trend for years, as people no longer went to the store to buy games. The unit price, which was $ 30 in 2016, dropped to $ 3 in the summer of 2020. The value of the GME share on January 28th is $ 347.

It caught the attention of the small investor

According to CC Lagator, founder of Options AI, individual investors on Wall Street are now turning to low-cost call options. Investors, chasing opportunities to multiply their money, turned their eyes to GameStop, which was losing value.

The GME, which was $ 17 in the first days of the year, rose above $ 30 with the buying trend in the middle of the month. The company announced in its January 11 announcement that Ryan Cohen, the founder of Chewy, will join the board. This news, seemingly not so important; It enabled GME stock to rise to $ 35 by the end of that week. This increase continued in the following week.

The share price doubled, tripled, and quadrupled within a few weeks. Institutional investors thought it was a speculative rally, not a legitimate one. This resulted in the large investor selling GME shares. The ‘conflict’ between big and small investors arose here.

They started to organize on social media

Short positions opened put pressure on small investors taking positions in the opposite direction. People started to come together under this pressure. This happened primarily through platforms such as WallStreetBets with 4.2 million members on Reddit, then TikTok. According to Elon Musk, this wave was reflected in Discord.

Jason Calacanis, an early investor in companies like Uber, Robinhood, commented on the conflict between small / large investors:

“Professional investors started short selling. But with the $ 600 from the incentive package, they could not imagine what a group of small investors who could trade on a free trading application could do. They blow like a storm! ”

The effects of this ‘storm’, which is getting stronger, were clearly felt on January 25. 32 million call options were bought on Wall Street on Monday, according to Bloomberg’s report. This is almost a record. Edward Moya, one of OANDA’s analyst team, commented on this trend in the markets:

“A new army of traders is starting to emerge and these people don’t care about the value of something. Instead, they are trying to seize the buying opportunities they see on WallStreetBets, YouTube, TikTok, Robinhood. Research firms will now have to examine the investment trends followed by the generation Y. ”

The pressure on the small investor started to reverse over time. Investors who sell a share for short, have to consolidate their positions if that stock starts to gain value. Every time banks or corporate firms that sell buy options for GameStop make a sale, it plays a bearish role.

Banks; With the increase in the share price and the strengthening of the call options, they have to secure themselves against “gamma”. This may lead to a feedback loop in the markets.

One, five, ten, fifty people who invest small amounts do not have the power to create such a gamma squeeze in the market. But if enough small investors come together, the balances start to shift against the big investor. Interactive Brokers strategist Steve Sosnick said about small investors who started hunting whales:

“They act like an ant colony. A person alone may not be able to move the market. But if enough people come together, significant changes can occur. If enough people buy options for $ 40 for a $ 35 share, market makers will have to hedge at some point. In the short term; the majority will be justified. ”

Benn Eifert, the expert name of QVR Advisors, summarizes the incident in GameStop shares in a similar way. Small investors who buy GameStop shares; They are touted as ‘stupid people’ chasing simple opportunities. According to Eifert, the situation is just the opposite:

“We can summarize what happened in GameStop by saying” They found a way to turn gamma into weapons “. Some say these investors are stupid. But these are smart people who know what they are doing, do what they do well. “

Covid-19 test requirement was brought to those next to Trump